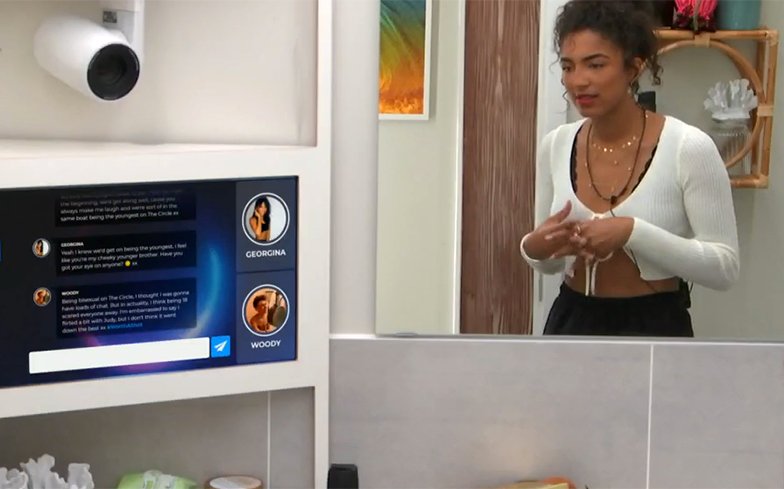 A contestant on The Circle has opened up about being bisexual.

During Sunday (29 September) night’s episode, Woody decided to open up about his bisexuality after fellow contestant Georgina asked if he ‘had his eye on anyone’ during an intimate late night conversation.

“Being bisexual on The Circle, I thought I was gonna have loads of chat, but in actuality I think being 18 scared everyone away,” Woody wrote in a message, before saying to himself, “I’ve actually told someone I’m bisexual now. Mad.”

Georgina was visibly taken aback by the revelation, but said it wasn’t a big deal.

“He didn’t actually have to open up the way he has. I don’t wanna make a big thing of it because it’s not a big thing at all,” she said, before asking Woody how old he was when he discovered he’s bisexual.

Woody explained: “It’s a funny story really, I was at a party when I was 15. I was chatting to a girl who was gay, who I was trying to get with, and I told them I was bi to impress them.

“The next day I woke up and realised ‘drunk Woody’ was telling the truth.”

Georgina then joked: “You know what they say, drunk words [are] sober thoughts.”

Later on, after opening up about his bisexuality, Woody said: “I’m glad I sent that message because I needed to get it off my chest.”

Another added: “Absolutely sobbing at Woody coming out on The Circle. What an incredible lad, that will mean so much to so many bi people. I adore him and would like to adopt him as my little brother.”

The Circle continues at 10pm on Channel 4.

The post Zoe Ball’s son Woody Cook opens up about being bisexual on The Circle appeared first on Gay Times.