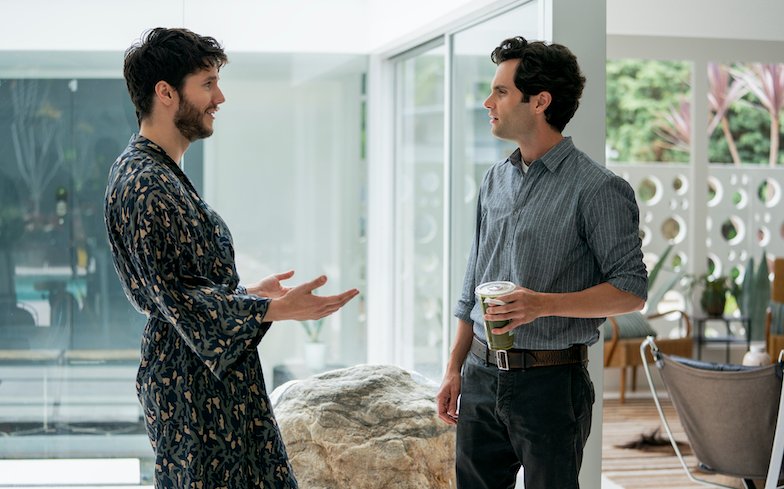 You star James Scully has denied that his character on the Netflix series is heterosexual.

The 27-year-old actor, who previously starred as the lead in the short-lived Heathers reboot, made his debut in season two of the psychological thriller as the twin brother of Joe Goldberg’s (Penn Badgley) new love interest Love Quinn (Victoria Pedretti).

Forty’s sexuality is never established in the series, and because he embarks on a relationship with Candace Stone (Ambyr Childers), Joe’s ex-girlfriend who follows him to Los Angeles, fans assumed that he solely identifies as straight.

However, in a recent Q&A on the Instagram account for You, Scully was asked by a fan, “Since you’re queer, what made you guys decided Forty would be straight?” to which he responded: “We didn’t, and he wasn’t, and he’s not, and he never will be.”

Scully later told Entertainment Tonight that there was a conversation about making the character pansexual.

“There actually was. I definitely had jobs before where that was a point of contention, but that’s when I was like, ‘I’m just not focusing on this,’” he revealed. “Then four episodes in, they gave me a girlfriend and I was like, oh cool.”

“And it was nice being able to play the character even if I was realising retroactively that [he] was sexually fluid where we didn’t need to stress that in any way. It was what it was and he was who he was.”

The second season of You was released in December to praise from critics. Before it debuted, Netflix revealed that the first season, which initially aired on Lifetime, had been viewed by over 43 million viewers since its release on the service.

The series follows Penn Badgley’s character, a New York bookstore manager and serial killer who falls in love with various female characters and develops an unhealthy, toxic obsession and uses social media to control them.

Netflix recently renewed the drama for a third season, which is set to be released sometime in 2021.

The post You star James Scully says his character is “not straight” appeared first on Gay Times.