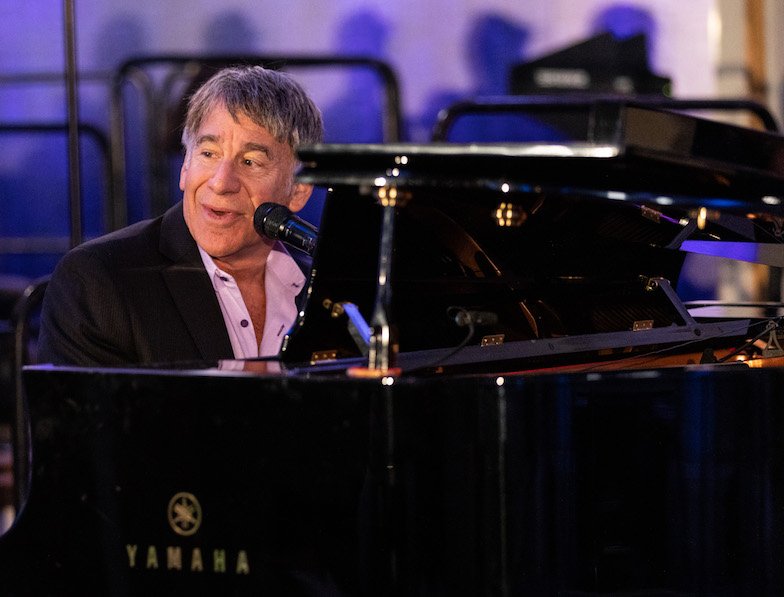 American lyricist and composer Stephen Schwartz will never underestimate the power music can have on changing lives.

“As a writer, any time you feel that you’re reaching not really to an individual that, in some way, something you’ve written is helpful, inspiring or empowering to them, that is the highest achievement that one can have. It makes you feel better than anything,” the Academy Award-winning writer of Godspell, Pippin, and, of course, Wicked tells us.

Stephen is in London to mark the launch of The Prince of Egypt stage musical. Based on the hit 1998 animated film, the movie famously featured now Academy Award-winning song When You Believe, sung by Whitney Houston and Mariah Carey. And recording with Whitney is an experience he remembers all these years later.

“I did get to be in the studio with Whitney Houston when she was recording the song and that was, for all sorts of reasons as I’m sure you can imagine, a thrilling day,” he laughs, before revealing what it was like recording with such an icon like Whitney.

“No, it was not a casual day at the office,” he smiles. “I will tell you she was one of the most professional people I have ever worked with. She was absolutely on her game, she was creating vocal parts to go with what Mariah Carey had already recorded, and did it so well and without any temperament. She was there to do this job and pour all her talent in – and, of course, her talent was enormous. She could not have been a greater pleasure to work with.”

Here we speak to the composer about making magic come to life in this much-anticipated stage adaptation of The Prince of Egypt, working with Whitney Houston and Mariah Carey, and how Defying Gravity became an LGBTQ anthem that has literally changed, and saved, queer people’s lives.

Welcome to London! Is exploring bringing this beloved movie of The Prince of Egypt to life on stage an exciting or terrifying prospect?
I’m definitely excited! It’s a new show, you’re always nervous but that goes with the territory. It’s such an amazing story and the characters have so much richness and many facets to them, that being able to dive back into this and really explore it and expand it. And then as a musician and composer, this musical world is so exciting and rich for me. The specific instrumentation. It’s different, the Western scales. You’re using that with occurrences and scenes of such high emotion; such high celebration or despair and all between. As a composer, you could not ask for richer or raw material to draw from.

Did you know when writing the movie that a stage adaptation would be a possibility?
No, totally focused on the film itself. I’m trying to remember in the trajectory if the stage version of Beauty and the Beast had… I know they were talking about Beauty and the Beast so maybe that had happened or the idea that some of these animated features might have a life on stage was starting to be out there, but this was a brand new concept when Disney did Beauty and the Beast on stage for the first time. We were not at all thinking of this as a stage show, but when it began to be suggested, there were so many obvious reasons why this is a really good idea.

How has it been for you getting to write new songs for this stage production?
I don’t feel it as pressure at all, I feel that the songs existed – we are using five of the six from the movie – it just felt to me like part of, but not a complete score, for a full length stage musical. Just like if you are writing a new show and you had five songs and ten more to do, you wouldn’t be thinking about what you’re going to do to live up to the first songs. It all becomes part of the whole score.

Whitney Houston and Mariah Carey sang When You Believe, your now Oscar-winning song. How do you get two icons to sing one of your songs?
Oh I don’t get Whitney and Mariah to sing one of my songs! (Laughs) You have a very powerful film company and by that point the big song from an animated feature had frequently become a hit. I had nothing to do with getting Whitney and Mariah, but… I did get to be in the studio with Whitney Houston when she was recording the song and that was, for all sorts of reasons as I’m sure you can imagine, a thrilling day.

Not a casual day at the office!
No, it was not a casual day at the office. And I will say this about Whitney Houston, we know she is a gay icon and I know she had a reputation – and frankly I’d heard that before going in the studio with her – of sometimes being difficult or temperamental. I will tell you she was one of the most professional people I have ever worked with. She was absolutely on her game, she was creating vocal parts to go with what Mariah Carey had already recorded, and did it so well and without any temperament. She was there to do this job and pour all her talent in – and, of course, her talent was enormous. She could not have been a greater pleasure to work with.

You’ve written one of the greatest LGBTQ anthems to come out of musical theatre with…
Defying Gravity?

Yes! You must be thrilled the song has resonated with so many people that feel on the outside?
Of course, of course! I actually have a story about that… so early on in the early run of Wicked in New York, and I don’t think it had come to the West End yet, I got a message from a young man who was starting his first year at university at a very… I won’t say the religion but a very religious school in America. He was gay and he wanted to create a gay–straight alliance. The school said no and he, at first, was going to take that as the answer. I know this sounds self praise now, but he went to see Wicked, he heard Defying Gravity, he went back to his school and he sued the school. Ultimately, he won and there’s a gay–straight alliance at that school. I got communication with him and was obviously so thrilled! I got to meet him and I brought him to meet the cast of Wicked and it was a very special time. The short answer is, of course! As a writer, any time you feel that you’re reaching not really to an individual that, in some way, something you’ve written is helpful, inspiring or empowering to them, that is the highest achievement that one can have. It makes you feel better than anything!

It’s a lip-sync favourite for drag queens across the world.
Oh please!

You’ve seen?
Oh yes! I’ve been there when people are standing on tables and singing Defying Gravity and their imaginary capes are blowing in the wind. It’s really quite something!

Wicked recently made history with the first black woman playing Glinda on Broadway. Is diversity within your casting important to you?
Oh, of course! Absolutely! Take a look at the cast of The Prince of Egypt here in London, all the colours of whatever. The point is not that we are going to cast this person because they’re a certain race or sexual orientation. What you want to do is be as open as you possibly can, find the best people for any role, and not rule anybody out.

Sadly tokenism within casting is still happening.
I wouldn’t do that and the people I work with wouldn’t do that. We say to our casting directors of Wicked very frankly, make sure that you are reaching out to people of colour, to people who are physically challenged, non-binary and transgender people. The point is, make sure that those communities know they are welcomed to come and audition for the show. Don’t stick to just who was on Broadway last year. This has been very, very important to me going back all my life. Going way back to long before you were born! (Laughs) I don’t really believe in the power of art to change the world, because if art could change the world we wouldn’t live in the world we live in. But I do strongly believe in the power of art to change individuals. I just told you about the young gay man who saw Wicked and used that power to make a real difference for himself and his community. I strongly believe in the power of art to do that.

Ariana loves Wicked, could she work her way into the upcoming Wicked movie? Would you welcome her?
I mean… of course! The short answer is, of course. The Wicked movie is not quite far enough along yet for us to really be talking about specific casting, but obviously everyone is very aware of the presence in the world of of Ariana Grande and her extraordinary talent. We’d be fools for her not to be being seriously considered. Ultimately it won’t be my decision, Stephen Daldry is our director and he will have a lot to say about the casting, as will Universal and the studio. But, as I say, let’s just say that all of us are very aware of Ariana Grande.

The Prince of Egypt begins performances at the Dominion Theatre on 5 February 2020, with an official premiere on Tuesday 25 February 2020. More information can be found here.