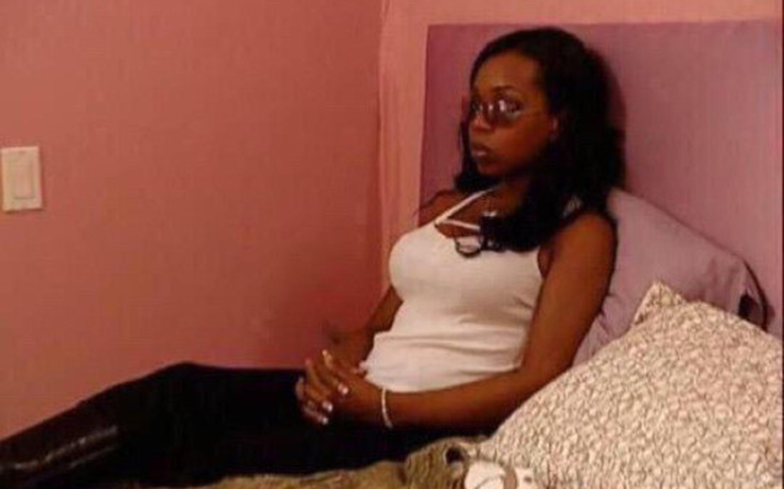 “I wasn’t going to get out of that diary room chair until I broke her all the way down.”

Newsflash! Tiffany “New York” Pollard has been the undisputed queen of reality television for over 13 years and that… is a fact.

The HBI-motherfucking-C first blessed our screens with her impressive “vernacular” on the first two seasons of dating series Flavor of Love and her underrated spin-offs: I Love New York, New York Goes to Hollywood and New York Goes to Work.

In 2016, Tiffany was catapulted into the British spotlight with her legendary appearance on Celebrity Big Brother. It provided the world with the most iconic moment in not just reality television, but television in general: David is dead.

Now she’s back with the second instalment of her online series Brunch with Tiffany, which sees her catch up and spill T with celebrities such as Sheryl Lee Ralph, Bob the Drag Queen, Jasmine Masters and Monét X Change.

To commemorate its release, we had Tiffany revisit some of the most iconic moments throughout her career, a majority of which are still referenced on social media, daily. Other celebrities wish they had that much impact!

“Beyonce?! You look like Luther Vandross.” (Flavor of Love season 1)

“I remember that just like it was yesterday. So Hottie is in the bedroom, she’s trying to get all up in check, she’s thinking she’s reading us girls from left to right. I’m like, ‘Honey, you do not look like the beautiful legendary Beyonce, sweetheart. You look like Luther Vandross! Especially around the eye area.’ She really does. I did not expect it to become so big! But oh my god. I’m glad it did! In that moment, you can’t predict that something like that would still be rocking ten years later. It blows me away.”

“What was going through my mind? Literally, literally! I was just thinking about how uncomfortable I was living in this house with all these fake ass bitches and just not getting enough respect. I was just sitting there festering, trying to remain as calm on the outside as possible, but on the inside, I was screaming! I was definitely raging.”

“In that moment, I just pictured Pumpkin walking out because this was her time to leave, she’s gotta make her exit. So when she turned around and spit on me… I literally froze in time. I couldn’t believe that that happened, I was just like… caught up in The Matrix, if you will. I’m like, ‘Is this really going on? Am I actually living this moment?’ So when I think about it right now, it’s still surreal. That was just the most disgusting thing. I’ve never had a most disgusted moment in my lifetime. Oh my gosh. Still just thinking about it, it’s horrible! If you’re gonna hawk, at least brush your teeth that day. I don’t even think she used mouthwash that day. It was really bad.”

“You look like a fairy princess… that resides over the pits of hell.” (Flavor of Love season 2)

“Now… I was being very very offensive, yes I was indeed. I mean, because Buckwild looked so beautiful in that dress, but it wasn’t doing anything for her frame! I just had to let her know… ‘Honey, you’re twirling and spinning around but honey, this is not it. This is not good.’ So that’s why I said that. I unleashed that on her personally but I’m gonna start using that more often.”

“Don’t hate me because I’m fabulous! Which wall? Pick a wall!” (Flavor of Love season 2)

“Both of those iconic phrases were just me classically pushing the bitches back and just sitting them in their place. I mean… both of those, you could still use those to this day and you’re gonna set somebody off. You know? You need to pick a bitch up and sit her on the shelf.”

“Oh my goodness, I was just talking about this! I was… new to Hollywood. I wasn’t understanding the good luck lingo of the business, if you will. I thought she was threatening me when she said that! I literally did. That’s why I was like, ‘What you talking ’bout? Break a leg? No! I’m gonna get the part.’ Now when I look back, I realise she was not threatening me. She was trying to give me good luck… in her own way.”

“I have a lot of gay friends and fans and I love them dearly.” (Celebrity Big Brother 17)

“That’s the truth. I just didn’t know that people still existed with those types of beliefs. It was odd for me to hear him speak with that much hatred. I’m like, ‘Oh my goodness, to eliminate this week and send someone home is very very simple.’ As soon as he said that, I knew he had to get out of there. I love my people, they are my people forever. You know I’m gonna have ya’ll’s backs!”

“Oh boy. I get chills when I even think about this. You know… he was walking around the house and he was sick! He had a bit of a cold, so when Angie walked in from the diary room and said, “David is dead”, I’m thinking she’s obviously talking about him because he’s back there sick. I was like, ‘Wow, I didn’t know he died…’ Y’know? It’s just one of those things where you can’t make that up. It was hard for me to apologise because I was rather emotional about it. You had to have been there! They call it TV gold, which I love, I love that phrase. People always quote me that David is dead. It’s so eerie when I think about it, I get goosebumps.”

“I think Gemma is just a disgrace.” (Celebrity Big Brother 17)

“I remember that like I just said it 10 minutes ago because… I had to break that read down for her. I have never had someone give me something of value and take it back. For that, she deserved to get her ass handed to her and that’s exactly what I did. I wasn’t going to get out of that diary room chair until I broke her all the way down. That was a real read! For real.”

“Oh my goodness! Now that show still affects me to this day because that property was really haunted and the ghosts were only talking to me and one other cast mate. I would constantly hear them speak to me while I’m trying to sleep, they would not stop talking to me! Nobody understood. I would go to production and I’m like, ‘Hey you guys, you don’t hear this?!’ They’re like, ‘Honey, you need to drink more water.’ I kid you not, it really was haunted. Obviously I must have needed the money at the time because what other reason would I have to go on haunted grounds?”

“That moment came about because the cops were right there and I’m thinking, ‘Well, I might as well use them to my advantage, she’s pissing me off, she’s upset me. Maybe she can get a ticket for that or they can take her to jail because I am angry.’ He did tell me, ‘We can’t arrest people for pissing you off, we don’t do that.’ They need to change the law – quickly! At least when I’m around.”

Coming out as bipolar (Brunch with Tiffany)

“I was sharing my truth and just being real. We’re made of chemicals and we’re chemical beings, for the most part, so those fluctuations mess with your mood. So to have mood swings and be bipolar, it’s not a rare thing, it’s nothing anyone should be ashamed of. It’s just something that occurs when you have this much being thrown at you in such a fast-paced society. A lot of people have come out to me about being bipolar or other mental illnesses, all of it’s real. It helped others feel like they’re not alone.”

“I had a wonderful time shooting that show. The world needs to know how hard those girls work with those numbers, they do them over and over again until they get it just right. And the costumes, the makeup, the hair, you really have to respect it because there’s so much attention in what they do, so I was just sitting there in awe. I would love to go back actually, because it’s such a great experience.”

The post We had Tiffany Pollard revisit her most iconic moments and yes, it was a spiritual experience appeared first on Gay Times.