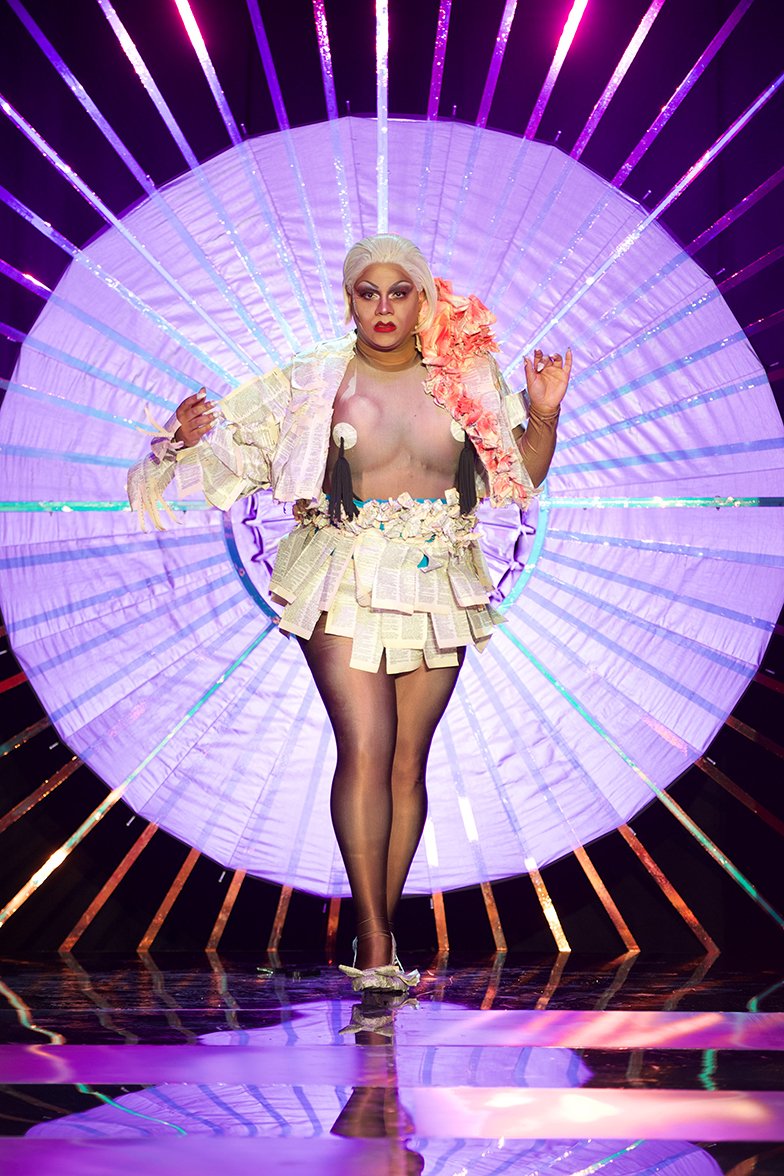 “It’s iconically the worst outfit on Drag Race and I love it.”

If there’s one thing we can rely on RuPaul’s Drag Race for, it’s moments that leave the viewers truly gooped and gagged – from double eliminations, to contestants being disqualified, to a certain queen wanting to ‘keep it on, please’ during a lip sync.

At the first ever DragCon UK, we asked 8 of our favourite queens to share what they think is the most shocking moment in Drag Race herstory.

“Willam getting eliminated. That was shocking. Oh wait! BenDeLaCreme quitting. No wait! Shangela not winning All Stars. Okay, I’m not angry anymore… I gotta move on.”

“Ever!? Ooh… that’s hard. My favourite moments lately are in the old Untucked episodes. In season two, where Tatianna says, ‘I know you think I’m shit’, and Raven goes, ‘I don’t think you’re shit, I would never say that about you’, and then it immediately cuts to Raven going, ‘Her look is shit, her book is shit, her outfit is shit, she is shit’. That, I love, although it’s maybe not shocking. But also, being a part of the family, you’re not as shocked by things because you hear through the grapevine what really happened from undisclosed and unreliable sources that are sometimes true. So it’s harder to be shocked. I do love the old Untucked episodes.”

“Well, there were several actually, one of them being the double shantay with Alyssa and Tatianna because no one expected it, and I think it was the first one ever. The second one I would have to say is… actually, I think I’ve watched the show so much that nothing shocks me anymore, you know? It’s like, ‘Oh, someone died, whatever’.”

“Drag Race. Drag Race is full of shocking moments, I don’t even know. But let me tell you one thing, watching my daughter Vanessa Vanjie [Mateo] was not only the most shocking moment but the most unfair moment in history, and you guys know why! Keep it in the family.”

“Anytime someone takes a wig off intentionally, I’m shocked. Don’t break the fantasy. If it falls off, it’s a different thing, but don’t pull your wig off to be dramatic unless you’re Sasha [Velour] and you have rose petals, that’s the thing. You need to have a gag underneath, or don’t do it, because honestly it looks sloppy.”

“The most shocking moment for me was probably the lip sync with Raven, Dancing On My Own, and it made sense because we knew exactly what that meant, we heard the song and we were like, ‘Wait are we splitting up?’ And that was the realisation that we weren’t a team anymore – spiritually we still were, but that moment right there told me that I was on my own.”

“My final outfit, the paper dress, paper jacket. It’s iconically the worst outfit on Drag Race and I love it. So long gayboys, here it is.”

Related: Drag Race stars reveal the one thing you should never do in a meet and greet

The post We asked 8 queens what they think is the most shocking moment in Drag Race herstory appeared first on Gay Times.