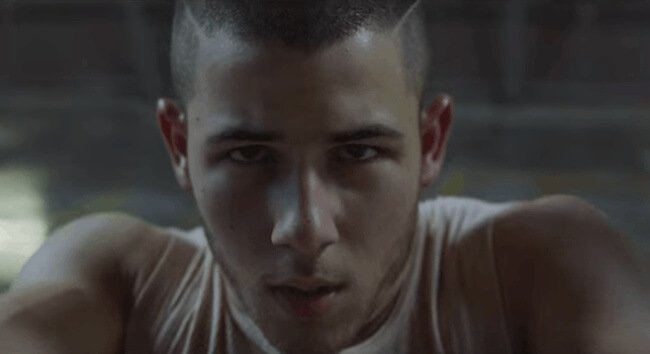 Hold off on those “Click Bait!” comments – yes, this is a video of a semi-naked (or maybe fully naked, who knows) Nick Jonas, getting licked. In bed. So sure, it’s not Shawn Mendes licking him, or even his wife – it’s a puppy. But that’s just as sweet, isn’t it?

Nick Jonas, the 27-year-old singer and actor, is celebrating his marriage anniversary with wife Priyanka Chopra these days. And what better gift to give to Nick, than an adorable puppy?

Of course, being a celebrity couple, the surprise gift was filmed and posted on Instagram. The puppy is cute – he really is. But Nick is… cuter? hotter? more lickable? Oh, and he also has more chest hair then he used to, apparently.

Pri came home with the absolute best surprise this morning. Please meet our new pup @ginothegerman I haven’t stopped smiling since I woke up this morning and finally realized what was going on. Thank you @priyankachopra ❤️ 🐕

The new puppy is called Gino, and if you want some more, here’s Nick with Gino, and the best caption ever – “Morning cuddle puddle with daddy”. Hmm…

Gino the dog, in case you were wondering has his own Instagram account, which already has more than 217,000 followers. Makes sense.