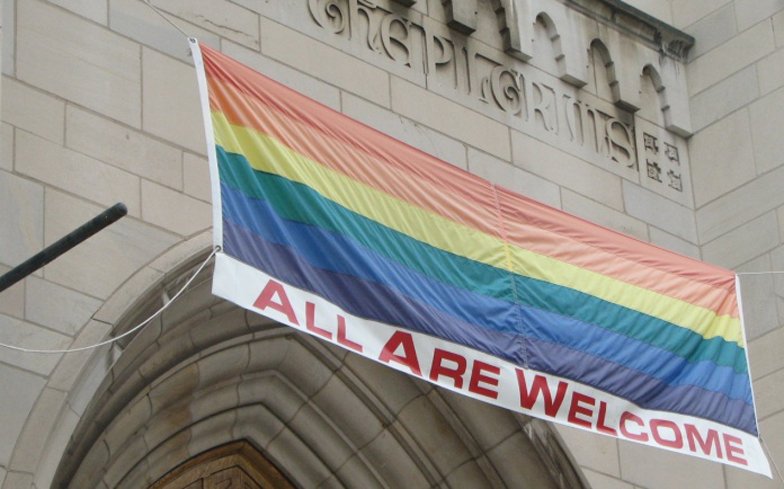 Same-sex marriages were legalised in Australia in 2017.

The diocese of Wangaratta in north-east Victoria has voted to begin blessing same-sex marriages, two years after they were legalised in Australia. The blessing aren’t mandatory, but if a member of the clergy wishes to do, they will be allowed.

The vote was held yesterday (31 August), and passed with 67 votes in favour to 18 against.

The vote was secured by Bishop John Parkes, who is said to have felt “restrained joy” when it passed. Following the vote, ABC News reports him saying: “This is a difficult issue and people’s conscience takes different views.

“My own view is that there’s nothing in the Bible that understands the sorts of relationships that we are talking about, in this day and age.”

Bishop Parkes has been campaigning for the church to become more accepting of the LGBTQ community, saying: “It’s about inclusivity. It’s about God being God of all people.”

Bishop Parkes also said he was motivated to secure the vote due to the high number of LGBTQ people either self-harming or committing suicide.

“There are many gay people who are faithful Christians, who are living in the church,” he said. ” For many of them they have spent years hiding their identity.

“I hope that at least in this part of north-east Victoria it will mean that gay and lesbian Christians can be who they are; marry under state law and be blessed and accepted in their church.”

The first blessing will be on John Davis and Rob Whalley, two priests who have been in a relationship for the past 20 years.

“To be able to stand with them and have them affirm their identity is a very special and important thing,” said Bishop Parkes.

“There will be those who are struggling with their own identity and I want to say to them as directly as I can, ‘God loves you and we love you and you are who you are, and that’s okay!’”