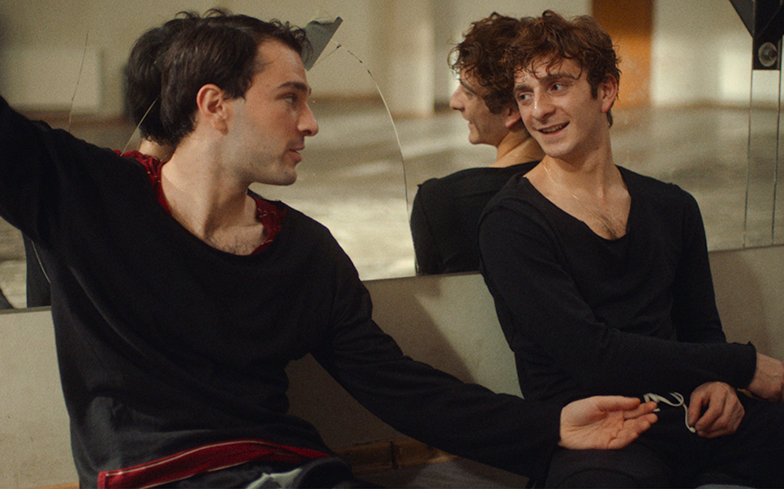 You’ll be able to view hundreds of incredible LGBTQ films from your living room.

Ahead of its cancellation on Monday due to the coronavirus pandemic, the BFI Flare: London LGBTQ+ Film Festival have announced they will be screening a plethora of features and shorts on their upcoming new digital service.

BFI Flare at Home will include Levan Akin’s critically-acclaimed drama And Then We Danced, Daniel Karslake’s documentary For They Know Not What They Do and Olivier Ducastel and Jacques Martineau’s revenge story Don’t Look Down.

It will also host favourites from past BFI Flare festivals and the BFI Flare Five Films for Freedom line-up of shorts films.

230 films will be made available in total, and the rest of the titles will be announced in the next few days.

The festival will also be hosting live Q&As with the filmmakers through social media, and instead of their closing party, they will launch a curated DJ set which will made available via a Spotify playlist. Party in our living rooms? We’re on board.

The 34th edition of the UK’s biggest LGBTQ film festival was set to run from 18-29 March and include more than 50 feature films and 85 shorts, opening with the world premiere of Cicada from Matthew Fifer and Kieran Mulcare.

It was set to close with Summerland, a World War 2 romance starring Gemma Arterton and Gugu Mbatha-Raw.

Tricia Tuttle, director of BFI Flare, said in a statement: “BFI Flare is a very special and long standing festival with a loyal and dedicated following so when the decision was made to cancel the ‘live’ festival, the team knew that they wanted to share some elements of BFI Flare digitally to celebrate the spirit of BFI Flare and the incredible range of LGBTIQ+ stories from talented filmmakers being told in the UK and internationally. We want to bring some of the spirit of Flare into viewers’ living rooms.”

Ticket holders for this year’s festival will be able to access the titles for free via BFI Player, the BFI’s VOD service.

BFI Flare at Home will launch March 20. Check out more information on their official website.

Social distancing and staying inside has been advised by government and health officials to help fight the spread of the global pandemic, which has spread across the world and taken the lives of thousands (as of writing).

It is also encouraged that we wash our hands frequently, avoid touching our eyes, nose and mouth, and practice respiratory hygiene by covering our mouth and nose with our bent elbow or tissue when we cough or sneeze.

If you have fever, cough and difficulty breathing, it is vital that you seek medical care.

For more information, check out the World Health Organisation’s guidelines on the coronavirus pandemic here.