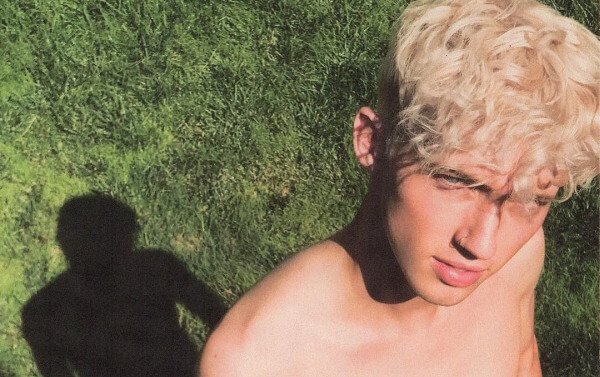 It’s no secret that popular singer Troye Sivan is super hot, and we’re all thirsty for him – Australian accent and all. But things got quite heated, when Troye sat down to read out loud some the raunchiest thirsty tweets written about him.

23-year-old Troye Sivan released his second album, “Bloom”, this summer – to rave reviews. Not only is he openly gay, but he also had a song about bottoming for the first time, so there.

In a new Buzzfeed video, Troye sat down to read some of the sexiest, raunchiest – and just plain weird – tweets written about him. (Nick Jonas and Shawn Mendes did the same thing a while ago) The tweets start with “Good morning America, I am awake and I want Troye Sivan to spit on me” (to which Troye responds – “I’m into that, but like, wow…”), and moves to “I want Troye Sivan’s jawline to cut me into fries.”

Troye gets adorably embarrassed as things move on (“I want Troye Sivan to bury his….”), and you just have to watch it all right here: