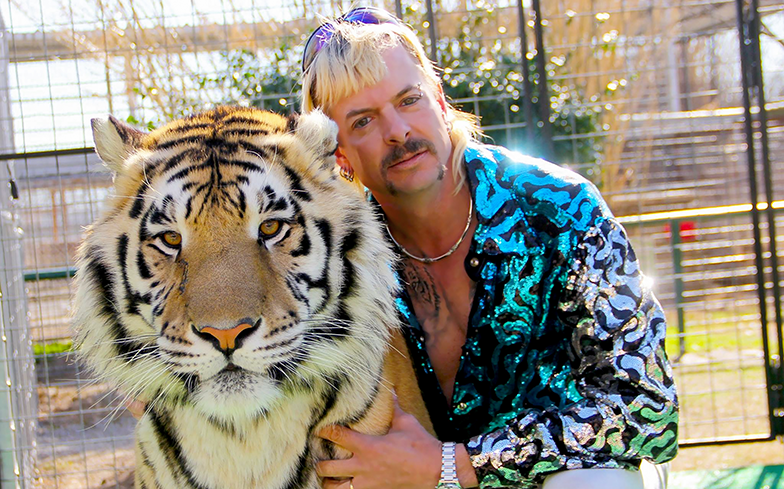 The documentary star is in the middle of a case claiming his civil rights were violated.

Tiger King star Joe Exotic, who is currently serving a 22-year jail sentence for conspiracy to murder and animal cruelty, wants a ‘homophobic’ judge to recuse himself from a case in which he claims his civil rights were violated.

In court documents seen by the Mirror, it’s written: “The Plaintiff argues that not only does Judge Scott Palk have a conflict of interest in all of these cases but has a borderline conflict of being an animals rights advocate, and homophobic due to the hostile and agitated remarks made in open court toward the Plaintiff during sentencing of the criminal case of which he should have recused himself from the beginning of the criminal case.”

It adds that the judge spoke in a “hostile” tone when referring to Exotic’s husband, saying: “Judge Palk also stated, ‘You were trying to broker a pair of lions to support your husband from Jail’ in a very hostile voice.

“Which even if the Plaintiff would have done this, which he did not. It was perfectly legal as it was within the boundaries of the State of Texas of which his husband, and the breeder lived.”

Last week, it was reported that Joe Exotic had been moved to hospital after he contracted coronavirus while in jail. A Grade County staff member confirmed: “He is no longer here at this facility.”

In an interview with Andy Cohen, Exotic’s husband Dillon Passage said they “speak like three to five times every day, but since he’s been moved to this new facility, they are putting him on a Covid-19 isolation because of the previous jail he was at.”

He continued to say that he hasn’t spoken to Exotic since he was transferred.

Due to the global coronavirus pandemic forcing people to quarantine inside their homes, the true crime documentary has become one of the most popular and critically-acclaimed series of all time on the streaming service.

The show is… wild. There’s a murder plot, a Nxivm-esque sex cult, political campaigns, a hell of a lot of country music and an emphasis on animal rights. Exotic also leaves the fashion world shaking with his various groundbreaking ensembles.

And as the series is a meme goldmine, we’ve collected some of the best for you right here.