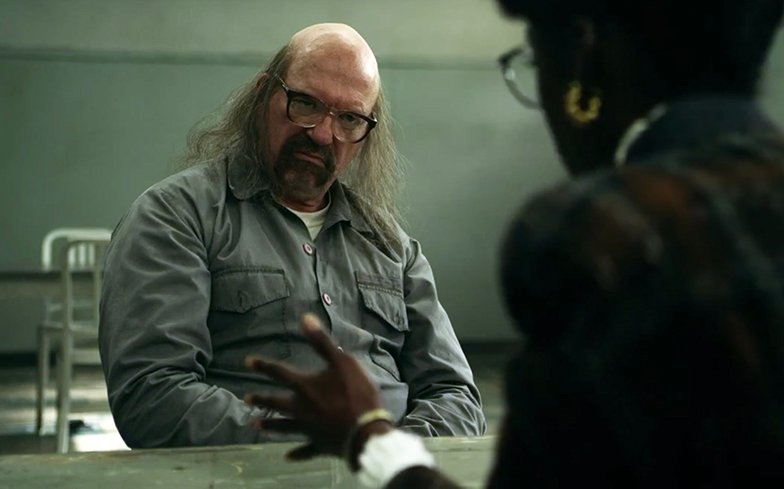 These theories get better every year.

American Horror Story: 1984 has (so far) been the most straight-forward, back-to-basics horror season the show has delivered in years, a fact which is putting longtime fans even more on edge as we know there just has to be a major twist in store for us.

We’re now three episodes in, and the biggest theory remains that the 1980s slasher-inspired season is actually a movie set, and all the characters currently being stalked by Mr Jingles at Camp Redwood are played by actors.

It’s a plausible theory, as we already know the events at the summer camp will come to an end halfway through this season. An official synopsis for episode five teases: “As twilight broaches, the survivors brace for a final brawl.”

Fans also noticed that the cast reveal teaser for 1984 – which is set up like a ‘camera test’ with a countdown at the start – featured small lines on the floor for actors to hit their mark, further suggesting they’re on the set of a film.

A similar set-up was implemented in season six, Roanoke, where the first half of the season took the form of a paranormal documentary called My Roanoke Nightmare and the second half played out as a reality show sequel.

So if 1984 really is a movie inside a TV show, that means that all the characters could be played by existing American Horror Story favourites – leaving the door wide open for ‘final girl’ Brooke (Emma Roberts) to be played by Madison Montgomery (also Emma Roberts).

Fan favourite Madison made her memorable American Horror Story debut in Coven as an established actress who was drafted into Miss Robichaux’s Academy for Exceptional Young Ladies after displaying telekinetic powers.

Adding more fuel to the fire, one Reddit user pointed out that while trapped in her personal hell during last year’s season Apocalypse, Madison mentioned that she had a role in an upcoming Michael Myers movie.

Given how much influence classic 80s movies like Halloween – which birthed the iconic slasher villain Michael Myers – have on 1984, we wouldn’t be surprised if this was an intentional teaser of what’s to come.

American Horror Story airs Thursdays at 10pm on FOX in the UK. You can also catch up on NOW TV.