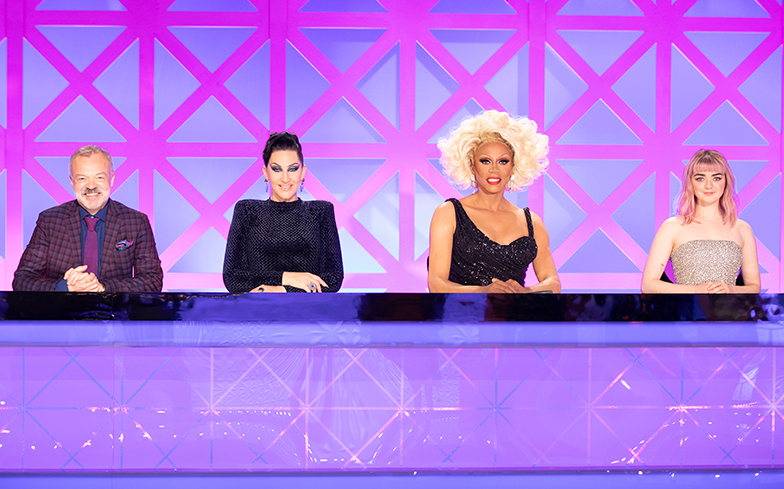 The US seasons can learn from this.

So far, the show has made its mothertucking mark on social media, particularly because of the contestants’ crass British sense of humour, the sickening Queen Elizabeth-inspired runways and the differences from the US original.

One major difference that we love – and personally think has benefitted the series – is the werkroom T between the queens while the judges deliberate, which replaces the show’s Xtra Factor-esque spin-off titled Untucked.

Throughout the years, we’ve been blessed with some of Drag Race’s most iconic moments from the spin-off, such as Laganja Estranja’s meltdown, Willam and Phi Phi’s showdown and Aja’s Linda Evangelista-inspired rant.

Normally, fans have difficulties accessing Untucked due to licensing and ultimately check out the episodes on websites in low quality (if they can find them at all). It’s a shame because sometimes these moments can influence the course of the main show and fans don’t have easy access to it, especially those who don’t reside in the United States.

Because Drag Race UK is on the BBC, the show’s producers have been forced to air the backstage drama between the contestants on the main show so now, like you’ve seen on this week’s episode, we get to see a bit more of the storyline.

What do you think? Do you like the change? Or do you prefer the old format?

RuPaul returns as host and main judge alongside best squirrel friend Michelle Visage, as well as newcomers Alan and Graham Norton, who rotate every episode like Ross Matthews and Carsson Kressley on the American original.

Read our exclusive interviews with all ten fierce queens here and get your jush with the official trailer for Drag Race UK below.

Related: Here’s how the US contestants reacted to Drag Race UK.

The post This one change to Drag Race UK has made the show so much better appeared first on Gay Times.