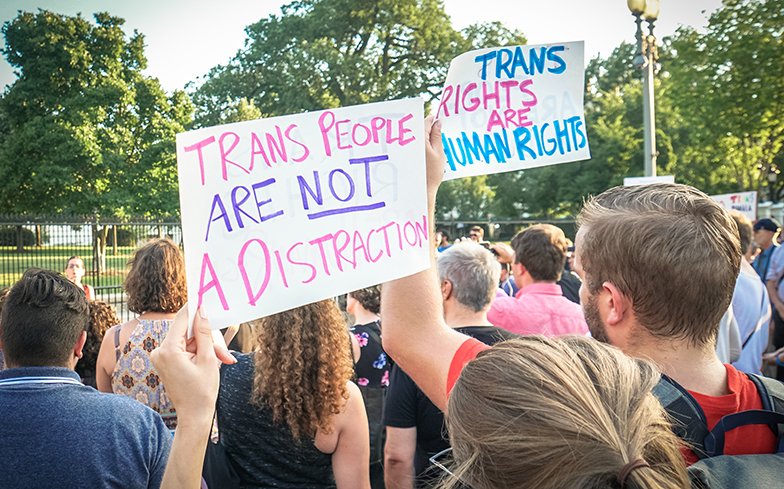 This is the largest targeting of the LGBTQ community in state legislature since 2016.

The Equality Foundation has revealed that there are currently 226 anti-LGBTQ bills being filed in state legislatures across the United States. A lot of the bills are focused on allowing anti-LGBTQ discrimination in areas such as adoption and services as well as targeting the trans community.

More than two dozen of these bills were introduced in the last month alone.

David Topping, the director of advocacy and civil engagement for The Equality Foundation, told NBC that since the Supreme Court judgement that legalised same-sex marriage, there had been a “huge rash of anti-LGBTQ legislation.”

He added: “It feels like every state Legislature, every year, is trying to push some kind of anti-LGBTQ agenda.”

Jenny Pizer, the law and policy director at Lambda Legal, said: “Numbers are only one measure of how intense or threatening one legislative session might be.”

She noted other variables including how likely it was for the bill to pass, as well as the viciousness of the legislation. Pizer added that it was currently a trend to target members of the trans community as “a social and political wedge.”

Freedom for All Americans backed up this claim, saying that out of the 44 anti-LGBTQ bills introduced since November, 42 of them target members of the trans community.

One such bill passed in South Dakota last week. The bill, which now requires state Senate approval, means that doctors who give children under the age of 16 hormone treatment or gender confirmation surgery face a $2,000 fine or a one year jail sentence.

And because of the speed that the bill passed through the South Dakota house, Rose Saxe, deputy director of the American Civil Liberties Union’s LGBT and HIV Project, said: “Traction is concerning because it makes it more likely other states will go down that route.”

Advocates are particularly worried over this because of something called Project Blitz, a coalition of Christian organisations using conservative states as a form of ‘testing ground’ for anti-LGBTQ legislation.

“If they have success in a very conservative environment, sometimes they get picked up elsewhere,” Pizer said.

Another worrying bill in South Dakota is HB125. If passed, it would prevent the state from recognising sexual orientation as a basis of discrimination and recognising the existence of trans people. It would also prevent marriage licences being given to same-sex couples, stop any attempts to ban gay ‘conversion’ therapy, ban Drag Queen story time, and prevent the ‘endorsement’ of homosexuality or being trans, comparing them with zoophilia.

Speaking about this bill, Pizer called it a “random grab-bag of anti-LGBT attacks.”

She added: “It reveals a toxic mix of unhinged, unabashed ignorance and cruelty. Parts of the bill are obviously unconstitutional.

“Where the U.S. Constitution has been definitively interpreted as protecting the freedom to marry for straight, gay and bi people alike, states cannot override that fundamental federal constitutional right with a statute.”

Speaking about opposing the bills, Saxe said: “Even though there is a smaller number of bills, I am more concerned than ever about our ability to stop them.

“We are trying to bring attention to these attacks on LGBTQ people, and to lift up the experiences and stories of trans, gay, lesbian and bisexual people.”

The post There are currently over 200 anti-LGBTQ bills being filed across the United States appeared first on Gay Times.