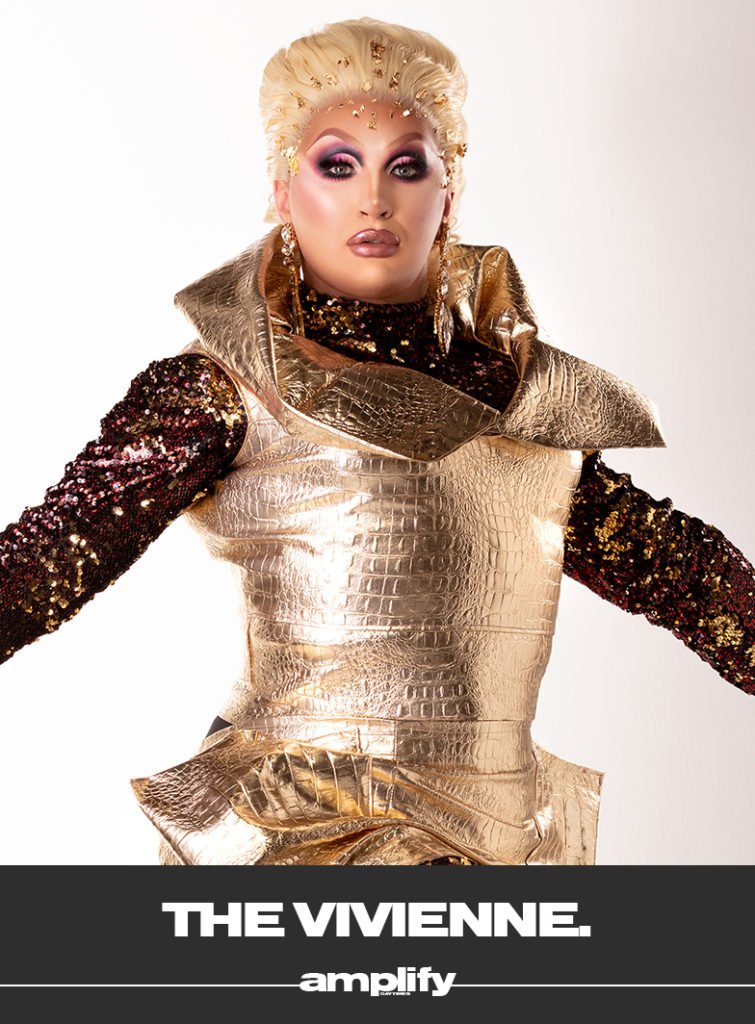 “What we’ve done is bring it back to drag.”

The Vivienne says Drag Race UK relies less on “shock value or feuds” in comparison to the American original.

We spoke with each contestant of the highly-anticipated British spin-off for a world exclusive interview and photoshoot, and they spilt the T on their drag journey and what we can expect from this British invasion.

When we asked The Vivienne how it differs to its US counterpart, she explained: “I like to think what we’ve done is bring it back to drag. Instead of relying on shock value or feuds, this is pure talent and I really think it shines through.”

“You can go look like a model if you want, that’s fine, but for me, drag is entertainment.”

The 27-year-old said she auditioned for the series because she wants to shatter misconceptions people have of her, that she’s solely a “lewk queen” who can only serve – like acclaimed singer-songwriter Bebe Zahara Benet once said – “face, face, face”.

The Vivienne – who is the UK ambassador for RuPaul’s Drag Race – assured us that we’ll see a diverse, multi-faceted side to her on the show and promised comedy, glamour and vocals. She’s the total package honey!

Read our exclusive interviews with all ten fierce queens of the British spin-off here.