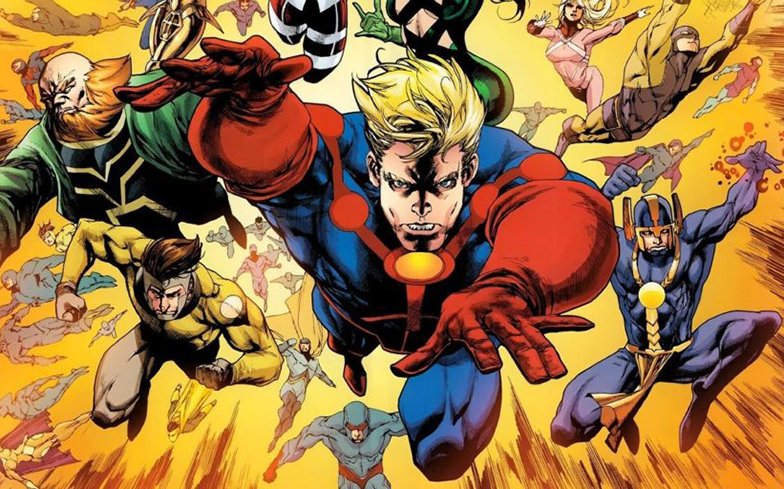 It’s been confirmed that The Eternals will feature a same-sex kiss.

We already knew that the highly-anticipated movie will feature the Marvel Cinematic Universe’s first gay superhero, and that he’ll be married with a family, but now it’s been confirmed that he will share an on-screen kiss.

Haaz Sleiman, who will play the husband of superhero Phastos (Brian Tyree Henry), confirmed the news in an interview with NewNowNext and said it was a “beautiful, very moving” moment to film.

“Everyone cried on set. For me it’s very important to show how loving and beautiful a queer family can be,” he said.

“Brian Tyree Henry is such a tremendous actor and brought so much beauty into this part, and at one point I saw a child in his eyes, and I think it’s important for the world to be reminded that we in the queer community were all children at one point.

“We forget that because we’re always depicted as sexual or rebellious. We forget to connect on that human part.”

Following previous blink-and-you’ll-miss-it moments of LGBTQ representation in Star Wars and Marvel movies (both owned by Disney), we’re hoping that this means The Eternals will provide something more concrete.

It’s also expected that Tessa Thompson’s character Valkyrie will be exploring her bisexuality in Thor: Love And Thunder, which is scheduled for release in 2021.

At the San Diego Comic Con last year, Tessa Thompson, who plays Valkyrie, said: “As new king, she needs to find her queen. That will be her first order of business. She has some ideas. Keep you posted.”

Marvel Studios president Kevin Feige confirmed to io9 that Thompson’s comments were correct. “The answer is yes,” he said. “How that impacts the story remains to be seen with that level of representation you’ll see across our films, not in just Thor 4.”

The Eternals is expected to hit cinemas on 6 November.

The post The Eternals will feature Marvel’s first gay kiss on the big screen appeared first on Gay Times.