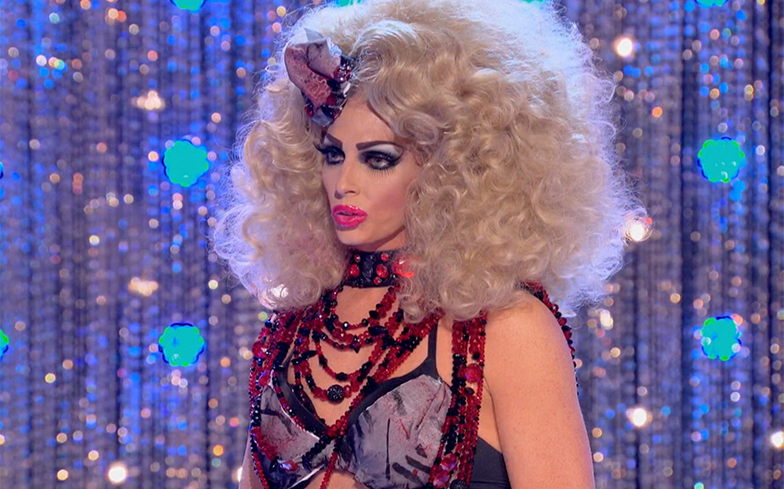 Throughout Drag Race’s ten year run, the show has provided us with the charisma, uniqueness, nerve and talent of over 120 sickening performers; while we may be left cooped, gooped and gagged over the runways and challenges – especially Snatch Game – it’s ultimately the lip-syncs and eliminations that garner the most praise/uproar from the fandom.

With the first season of Drag Race UK, the fifth season of All Stars and the 12th season of the regular US show all premiering within the next six or so months, we took a look back and ranked the ten most controversial eliminations in HERstory (so far).

Who sent them packin? Detox

There were a few eliminations in All Stars 2 that could’ve made it onto this list – Ginger Minj, Tatianna, Tatianna again – but we ultimately settled for Alyssa’s second sashay because it felt so so undeserved. The Dancing Queen made a triumphant return two episodes prior and won her place back into the competition with a stun lip-sync to Shut Up and Drive opposite Tatianna and was seen as a shoo-in for the final four, especially because it felt like Roxxxy Andrews’ time to go (she had been in the bottom five times at this point). Ultimately, Detox chose to save her friend and sent Alyssa home – RuPaul’s expression when she revealed her lipstick said it all.

No T, no shade, no pink lemonade (Jasmine Masters – 2015), but Rebecca Glasscock made the final three of season one and Ongina was relegated to fifth place… What were you thinking Ru? The star became the show’s first official robbed queen when she undeservedly found herself in the bottom two of the inaugural season’s sixth episode alongside Bebe Zahara Benet, who beat her in a lip-sync to Stronger by Britney Spears. The previous week, Ongina won her second challenge – more than any other contestant at that point – and left fans in tears when she came out as HIV-positive. She deserved a spot in the top three and it’s an absolute travesty she hasn’t returned for her rudemption. All Stars 5? If the rumours are to be believed…

Who sent them packin? Raven and Jujubee

When Manila Luzon and Latrice Royale both sashayed back into the Drag Race werkoom, fans picked them separately as frontrunners. But then… teams happened. Latrila got off to a perfect start, winning the first challenge, but failed to gain momentum. In the third episode, the queens were tasked with shantaying up and down Hollywood Boulevard and playing pranks on passers-by. Manila received nothing but praise for her performance in the challenge and on the runway, while Latrice received criticism, resulting in their elimination at the hands of Rujubee (Raven and Jujubee). It’s unanimously agreed that if the queens competed independently, Manila would’ve advanced much further in the competition. We love us some Latrice, but All Stars 1 wasn’t her time.

The telenovela challenge from season five was brought to life in the ninth season of the show when Valentina provided us with the now-iconic quote: “I’d like to keep it on please.” The star chose to lip-sync against Nina Bonina Brown with her face covered because she didn’t memorise the lyrics to Greedy by Ariana Grande, resulting in a shock elimination for the fan-favourite performer, who many fans had touted as a frontrunner, including Mama Ru, who told her: “I thought you had the stuff to go all the way.”

Who sent them packin? HERSELF

After winning five challenges (more than any other queen in herstory) and three lip syncs, season six’s Miss Congeniality BenDeLaCreme had the All Stars 3 crown on lock. Instead, she opted to eliminate herself instead of one of the bottom queens, telling RuPaul and the rest of the judging panel that she already felt like a winner. Some praised Ben for the move, while others criticised the star for wasting the show’s time. Whatever you think of her decision, you can’t deny that it was one of the gaggiest and boldest moments the show has ever seen.

Who sent them packin? RuPaul

Willam provided fans with two firsts during season four’s Frenemies episode: the first time a queen has thrown upon on the main stage and the first (and only) time a queen has been disqualified. Although she won the episode, Willam was booted off by RuPaul for breaking the rules, which was later revealed in the reunion to be “conjugal visits” from her husband. Since then, it’s been revealed by Willam that it was a story fabricated by the producers; last year on Twitter she told Leslie Jones that she was disqualified because she was vocal about a number of different things on the Drag Race set.

Who sent them packin? Kennedy Davenport

It’s safe to say Katya has a passionate fanbase. When the Russian hooker was bested by Kennedy Davenport in the Hello Kitty challenge to Katy Perry’s Roar, fans were furious (you should’ve seen Reddit at the time) because her puppet was – hands down – the best and her lip sync was killer. However, Texas’ reigning dancing diva brought the *insert fire emoji* and a sense of desperation in her performance, which ultimately won her a place in the final four.

Who sent them packin? Darienne Lake

This felt like the first Drag Race elimination that garnered significant uproar from the fandom. When BenDeLaCreme was eliminated at the top five by frenemy Darienne Lake – also known as “big girl walking down the dirty street” to many – fans launched a petition asking RuPaul to bring Ben back into the competition, not realising the entire show was already filmed, bless ’em.

Who sent them packin? Naomi Smalls

At one point, Manila Luzon was on track to become the first Asian queen to take home the title of America’s Next Drag Superstar. After all, she was part of the closest top two in the show’s herstory (with Raja), was completely shafted during her first All Stars experience and won three consecutive challenges (and two lip syncs) during the season – so it felt like a true rudemption arc. However, in the eighth episode of All Stars 4, Manila found herself in the bottom for the first time (THE FIRST TIME) and was sent packin’ by fellow competitor Naomi Smalls (who had zero remorse), sending shockwaves through the Drag Race fandom. Trinity the Tuck and Monét X Change are absolutely worthy of a crown, but this time around, it should’ve been Manila’s.

With three challenge wins and three lip sync wins under her belt, Shangela was, statistically, the best performing queen of All Stars 3 (after BenDeLaCreme, but see above). Despite her Daenerys Targaryen-esque campaign to win over her fellow competitors, the eliminated queens – Morgan, Milk, Ben, Aja, Jasmine and Chi Chi – turned on her in the final and failed to vote her into the top two. Instead, Kennedy – who had a Roxxxy-like run on AS3 – and Trixie – who only gained momentum halfway through the series – fought for the crown, with the latter ultimately becoming the third inductee in the Drag Race Hall of Fame. It was the first time in which the final two weren’t determined by RuPaul herself, and we’re 100% sure if it was, it would’ve been Shangela and Trixie, with Shangela potentially making Drag Race HERstory as the first All Star of colour.

The post The 10 most controversial eliminations in Drag Race HERstory ranked appeared first on Gay Times.