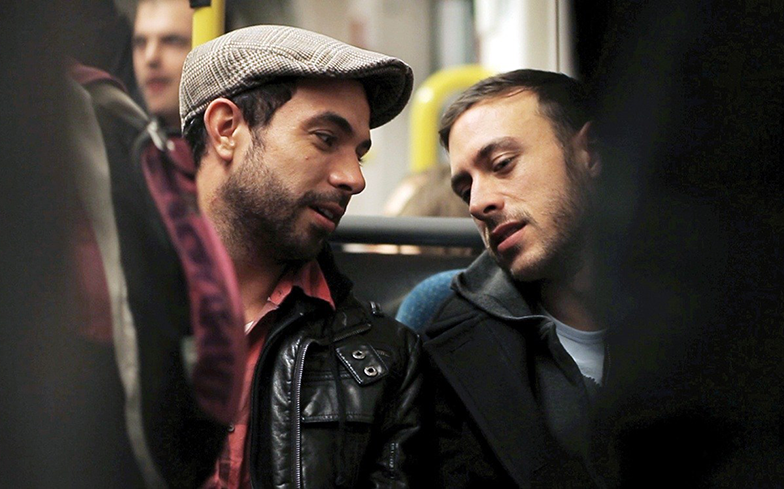 This decade has brought us more queer stories on the big screen than ever before.

We don’t need to remind you the importance and impact proper queer representation in Hollywood movies can have, and while there are still improvements to be made, the 2010s have brought some incredible LGBTQ stories and talent into the mainstream.

We’ve rounded round up 10 of our favourite queer films of the decade, from the Oscar-winning Moonlight, to the first major studio same-sex rom-com Love Simon, and the critically-acclaimed French AIDS drama 120 Beats Per Minute.

Before he worked on queer HBO series Looking, director Andrew Haigh helmed British romantic drama Weekend, which followed two men (Cullen, New) who meet and begin a short-but-sweet sexual relationship the weekend before one of them leaves the country. The film received universal acclaim after its release in 2011, largely for its realistic and documentary-like portrayal of a same-sex relationship, and for offering a queer romance that was mostly unaffected by the omnipresent threat of homophobia or judgement from the outside world. The nostalgia of fleeting romance and ‘what could have been’ is strong with this one.

Love, Simon became the first film by a major Hollywood studio to focus on a same-sex teen romance when it released in 2018, making history and receiving acclaim from viewers and critics. It also feels groundbreaking for being a feel-good queer romance. Sure, there are the usual trials and tribulations teens go through – in addition to a great portrayal of the difficulty that is coming out – but ultimately friendship and love win out. Even better, it’s funny! Gay teens deserve a cheesy teen rom-com just like their straight counterparts, and they got it with Love, Simon.

It may not be a traditional tear-jerker, but this feel-good story of community – based on true events and featuring an all-star cast – will leave you weeping with pride. A group of lesbian and gay activists come together to raise money for families affected by the 1984 British miners’ strike, which ultimately formed the highly successful Lesbians and Gays Support the Miners campaign. It was instrumental in the progression of LGBTQ issues in the United Kingdom. Featuring an incredible cast of British heavyweights including Imelda Staunton, Bill Nighy and Andrew Scott, the film is a must-watch for anyone LGBTQ or simply interested in queer British history.

If you’re looking for a film about the trans experience that’s a little more light-hearted, then American comedy-drama Tangerine might be what you need. Famously filmed using only three iPhone 5S smartphones – although you wouldn’t know, as it still looks incredible – the critically-acclaimed indie production follows Los Angeles-based trans sex worker Sin-Dee who finds out from best friend Alexandra that her boyfriend-slash-pimp Chester has been cheating on her with a cisgender woman while she’s been in prison. What follows is a hilarious, brash and heartwarming buddy comedy that manages to put trans narratives front-and-centre without reducing them to victims or forcing sympathy from viewers. Director Sean Baker spent eight months on the streets with his team getting to know the area and its people, while stars Mya Taylor and Kitana Kiki Rodriguez provided an authentic insight into life for trans sex workers. Tangerine also (importantly) set a precedent for casting trans actors in trans roles.

Set in France during the 1990s, drama film 120 Beats Per Minute follows the Paris branch of ACT UP as they respond with fury to the government’s lack of action in fighting the HIV/AIDS epidemic, staging heated debates and controversial protests. As the film progresses, its focus shifts towards the relationship between Nathan, a newcomer to the group, and Sean, an ACT UP veteran living with HIV – as well as the inevitable ending with looms as Sean’s health deteriorates. Both director Robin Campillo and co-writer Philippe Mangeot were members of ACT UP during the time the film is set, adding incredible insight into an important period of LGBTQ history.

Chilean drama A Fantastic Woman won Best Foreign Language Film at the 90th Academy Awards, and for good reason. The film follows young trans woman Marina – played expertly by Daniela Vega – who’s working as a singer and waitress in Santiago when her older boyfriend Orlando dies unexpectedly. The subsequent events highlight the struggles of living as a trans woman in a conservative society, as Marina faces investigation from detectives, loses her home and pet dog, and faces transphobia and abuse from Orlando’s family. As well as receiving widespread acclaim, the film raised awareness of trans experiences and was utilised by LGBTQ activists in Chile to help push through a gender identity bill which the government eventually approved of in 2018, allowing trans people to update their name and gender identity on official documents.

The Normal Heart, directed by American Horror Story and Glee creator Ryan Murphy, might be the most devastating LGBTQ film of all time. Set in 1980s New York, this adaptation of Larry Kramer’s award-winning play depicts the rise of HIV/AIDS as seen through the eyes of Ned Weeks (Ruffalo), the founder of a prominent HIV advocacy group. It features standout performances from many high-profile names, including Julia Roberts as a sympathetic physician on an AIDS ward. An easy watch this is not, but the story and message it brings is so incredibly important – no other film has managed to capture the horror of the AIDS crisis and the injustice LGBTQ people faced as a result like The Normal Heart did.

Set in the 1950s, Carol stars Cate Blanchett as an older woman navigating a difficult divorce who embarks on a forbidden affair with an aspiring female photographer (Mara). Watching the effects of homophobia and a jealous soon-to-be-ex-husband on their relationship is heartbreaking, and if nothing else, the pure melodrama of it all will get you in a state of melancholy. After making audiences sob throughout most of the film with its beautiful portrayal of queer heartbreak, wistful cinematography and evocative soundtrack, the final shot signals that there’s hope yet for the title character’s romance yet, helping challenge the notion that all queer stories end in tragedy. Blanchett won universal acclaim for her performance, ultimately earning nominations at the Academy Awards, Golden Globes, BAFTAs, Critics Choice Movie Awards and Screen Actors Guild Awards. We challenge you to find a film more breathtaking than Carol.

In just a couple of years, Call Me By Your Name has become one of the most beloved gay films of all time. For all the criticism it’s faced – whether it’s the age gap, or the fact that it’s set in the 1980s and doesn’t address the AIDS crisis – the themes of first love, heartbreak, and the intense emotions queer young adults feel when becoming who they’re meant to be are relatable for everyone. With this film, director Luca Guadagnino (and of course, the source novel’s author André Aciman) crafted a dreamy, idyllic world free of prejudice, danger or conflict – one which most queer people sadly never get to experience – and a hazy summer romance that will go down in cinematic history. For a film so quiet and languid to evoke such strong, impassioned emotion in almost every viewer it reaches is a marvel. Even more impressive, though, is Call Me By Your Name’s explosion out of its humble queer indie roots and into mainstream pop culture, gaining adoring fans from every walk of life. Every part of the film, from the glorious Italian backdrop to its beloved soundtrack, is exquisitely put together.

Moonlight is a groundbreaking queer coming-of-age tale that charts the life of a disenfranchised African-American man, taking viewers through three pivotal chapters in his life. Little follows a young nine-year-old Chiron as he grows up with a drug addict mother in a rough neighbourhood in Miami;  Chiron shows his awkward and painful teenage years, including bullying he experienced at school; and finally Black, which shows how he’s developed as a fully-grown man, and the internalisation of his sexuality. The film received widespread critical acclaim upon its release, and was rewarded for its brilliance with three Oscars back in 2017. It’s an emotional rollercoaster for any viewer, but especially anyone who’s struggled to accept themselves for who they really are. Most importantly, it offered a rare chance for black gay men to see themselves reflected on screen. Moonlight is a beautiful, faultless film that deserves its place at the top of any best-of-decade list, queer or otherwise.

The post The 10 best LGBTQ films of the decade appeared first on Gay Times.