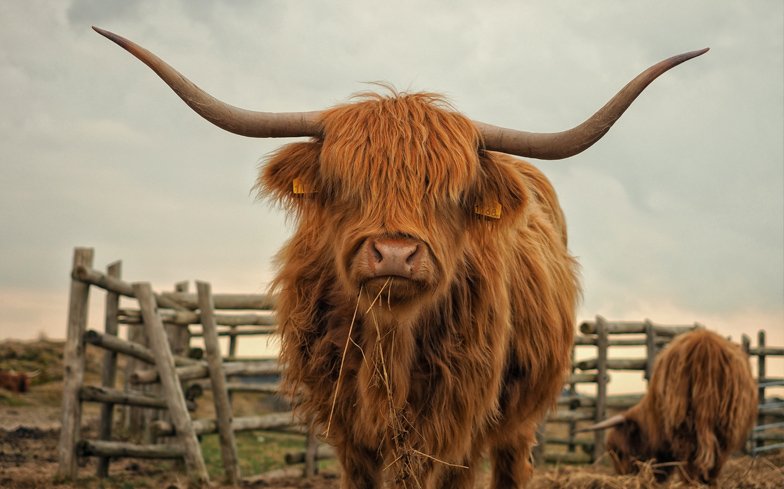 Are you someone who likes your getaways to be one part relaxation, one part thrill-seeking adventure?

If so, there are destinations both here in the UK and further afield in Europe to meet your needs.

Whether it’s a spot of sledging in the Scottish Highlands with an afternoon of monster hunting, or a daredevil expedition in the warmer climate of the year-round Atlantic sun, here we present two options for those of you looking for an adrenaline rush.

Often called the capital of the Scottish Highlands, Inverness is an inevitable port of call when venturing to the most Northern parts of Scotland.

Meaning ‘Mouth of the Ness’, Inverness straddles a nexus of railroads, firths, glens and lochs, most notably Loch Ness. A 20-minute drive south of the city will take you to the home of the legendary Loch Ness Monster, known locally as Nessie. Though the city itself has few appealing sights, it acts as a springboard to provide access to some of the UK’s most incredible landscapes, appealing to those who live and breathe the great outdoors.

Hiring a car is advised if you wish to reach some of Scotland’s most isolated terrains; vast peat bogs, isolated crofting villages, snow-capped peaks and a rugged coastline surround the city of Inverness.

Such a trip merits a wilderness escape – Ghillie’s Lodge, as Ness Castle Lodges, a short drive from Inverness is built for a nature immersion. The Colorado-style lodge is secluded enough for those wishing to shut out the world, but well-connected for others who wish to explore. Nature lovers and sports enthusiasts will easily fill their days with game fishing, golf, dolphin spotting in the Moray Firth and hiking, with some of Scotland’s best walking trails on your lodge’s doorstep.

For those looking for a serious challenge, Ben Nevis, Britain’s’ Highest Peak towers in Inverness-shire. Once an active volcano, this ancient giant of the land is wild at heart with its head in the clouds. It looms above glimmering lochans and deep glacial valleys and is a challenge for even the most experienced hikers.

Depending on the season in which you visit, Inverness and the Loch Ness area transform into an offshoot of Scandinavia, particularly in winter. Take to the slopes from November to March or wander through forests for some wild deer spotting by snowshoe. Alternatively, sit back and enjoy the scenic route on a dog-sledding adventure!

Ness Castle Lodges are available from £2789 for 7 nights at Cottages.com

A gastronomic paradise and the recipient of all year round Atlantic sun, Portugal’s staple island should be your late summer destination. Once famed as a location for romantic honeymoon getaways, Madeira is ready to shine through and win over a new wave of holidaymakers.

The Pearl of the Atlantic, Madeira is Portugeuse by ownership but lies closer to North Africa by its geography. However, this subtropical island shares few physical traits with its European and African neighbours. The volcanic island has a primordial rawness owing to its plunging gorges, rich green valleys, jagged cliff faces protruding into wild, frothing ocean that are later met by black and rocky beaches. There is nowhere quite like it in Europe.

The fierce landscape has been a draw for thrill-seekers for decades – those who like to be pulled onto the surf by jet skis or who dive headfirst off mountain peaks wearing nothing but wingsuits. Fear not, however, as you don’t need to be a Red Bull Daredevil to visit this extraordinary speck in the Atlantic. Biking, canyoning and paragliding will take you to new heights and heart rates. For more low key adventures, visit the panorama viewing point of Câmara de Lobos.

Madeira’s highest sea cliffs rising 580m over the village – spectacular if you keep your eyes on the horizon, but toe-curling if you look down! If however you like to enjoy your vistas in a more relaxed setting, check in to Villa Alice, a bijou villa perched above Funchal and tucked below the village of Monte. Here you won’t need to fight for the best view, as the private pool and terrace has unspoiled views for miles beyond. Should you wish to tear yourself from the spectacular views, but have sadly forgotten your Wingsuit, opt to travel to Funchal by Monte Toboggan, the oldest form of transport on the island.

From swooping over majestic mountain tops, to conquering the islands highest peaks – you’re sure to be met with that extraordinary edge of the world feeling on this amazing Atlantic outpost.

Villa Alice is available from £1049 for 7 nights at jamesvillas.co.uk

The post Stay or Away: Scenic adventures in Inverness or Madeira appeared first on Gay Times.