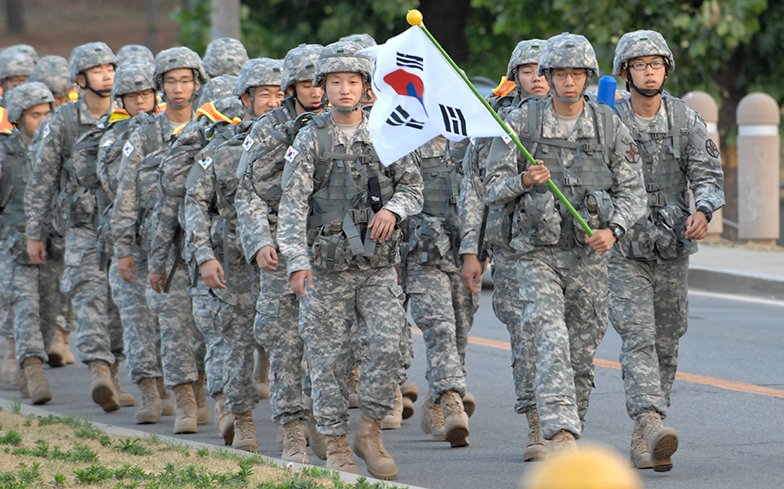 The first ever soldier to come out as transgender while serving in the South Korean military has been discharged. Following the dismissal, Byun Hui-soo confirmed that she was going to take legal action against them.

Under South Korean law, trans soldiers are not allowed to join the military, although there are no guidelines for what to do if someone begins to transition while serving.

Byun had not planned to have gender reassignment surgery when she entered the military, but the BBC reports that military doctors recommended that she should to help curb her depression. She said she didn’t expect to be discharged, saying that her superior officers had visited her in hospital to discuss where she’d be deployed when she’d recovered.

A defence spokesperson told the AFP news agency that the loss of male genitals counted as a physical or mental handicap, and that is why Byun was discharged.

Talking to a press conference, Byun said: “It was an extremely difficult decision to let my base know of my identity, but once I did, I felt much better.

“I thought I would finish serving in the army and then go through the transition surgery and then re-enter the army as a female soldier. But my depression got too severe.

“Apart from my gender identity, I want to show everyone that I can also be one of the great soldiers who protect this country.”

Talking about her planned legal action, she added: “I will continue to fight until the day I can remain to serve in the army. I’ll challenge the decision until the end, to the Supreme Court.”

Lim Tae-hoon, the leader of the Center for Military Human Rights, condemned the firing of Byun, saying: “I can’t resist feeling wretched at the military’s vulgar mindset as they determined that the lack of a male genital is a physical disability.”

Lim added that he would fight with Byun to change “our savage military.”

South Korea enforces national service for men, and those who are gay are viewed as having a “personality disorder” and can be discharged. A report, published last year, documented the levels of violence that gay and bisexual servicemen face.

One report from a soldier, only identified as U, said: “In my squad, there were many soldiers who were considered ‘feminine’ and usually in the lowest or second-lowest ranks, that were ordered by higher-ranking soldiers to locations that were less conspicuous, such as laundry rooms or shower rooms.

“Once there, these soldiers were subjected to sexual abuse. On some occasions, officers ordered lower-ranking soldiers to nearby motels during night shifts and then raped them.

“One night, I saw a soldier being sexually abused. When he got angry, the person abusing him who was his senior started to beat him fiercely and forced him to drink from the toilet bowl.”

The solider also said a higher ranking officer threatened him if he made a report. “If you make a report, I will beat you until you will not be able to recover,” the higher ranked officer is claimed to have said.