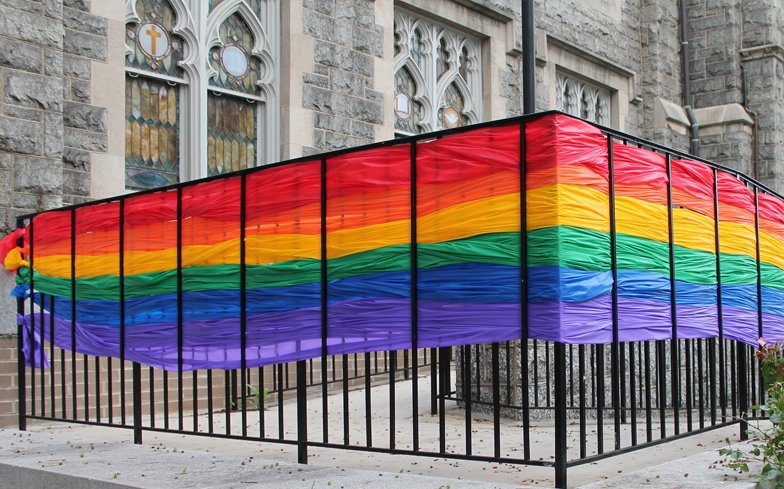 Last month, Songs of Praise made history when the Sunday show aired its first same-sex marriage in its 58-year run. The moment attracted praise from viewers, but it has also attracted significant ire.

According to the Mail Online, viewers complained that the airing of the wedding conflicted with their views on homosexuality and same-sex marriage. The publication reports that the episode received over 1,200 complaints to the BBC from viewers.

However, a spokesperson for Song of Praise defended the show, saying: “As well as the complaints, we received almost 400 letters of congratulations, applauding the fact that Songs of Praise is reflecting modern Christianity,” they said.

In conversation with Glasgow’s Sunday Post, Jamie Wallace, one of the grooms in the wedding, explained that “as a committed Christian, being able to marry the man I love with all my heart and soul, before God, in the church I love, with my family, friends and the congregation around us, is something I’ve dreamed of.”

Jamie Wallace married Ian McDowall at the United Reformed Church in Glasgow, one of a handful religious denominations in the UK that allows same-sex marriage.

Despite being legalised in Scotland in 2014, most religious denominations still oppose allowing same-sex marriages within their churches.

Reverend Kate Bottley, who ordained the wedding, also defended the move at the time, saying: “I don’t expect people to fall on their knees in front of Songs of Praise. But we do the big stuff – live, love, death and trauma – we are definitely not afraid of controversy.”

Sadly, in today’s world, people still feel the need to complain whenever they see something that isn’t straight love on their TV screens. In a recent advertisement, Channel 4 called out viewers who complain over bigoted things.

In the advert, called Complaints Welcome, actor Kieron Richardson, who plays Ste Hay in the long-running soap, appears kissing his husband Carl Hyland before saying to the camera, “I’m not homophobic, but do we have to have gay kissing at dinner time?”

The Great British Bake Off presenter Sandi Toksvig appears on a motorbike as she says, “She looks like Tom Cruise”, while Catastrophe star Sharon Horgan says, “This just confirms my suspicion that women aren’t funny.”

Explaining the purpose of the new campaign in a statement, Channel 4 said: “We’ve made a film featuring our talent bringing to life genuine complaints which viewers have made about them.

“We understand that not every programme, or even every presenter, is going to be everyone’s cup of tea.

“That’s because Channel 4 was set up to be different, to provoke debate, take bold creative risks and represent unheard voices from all around the country.”