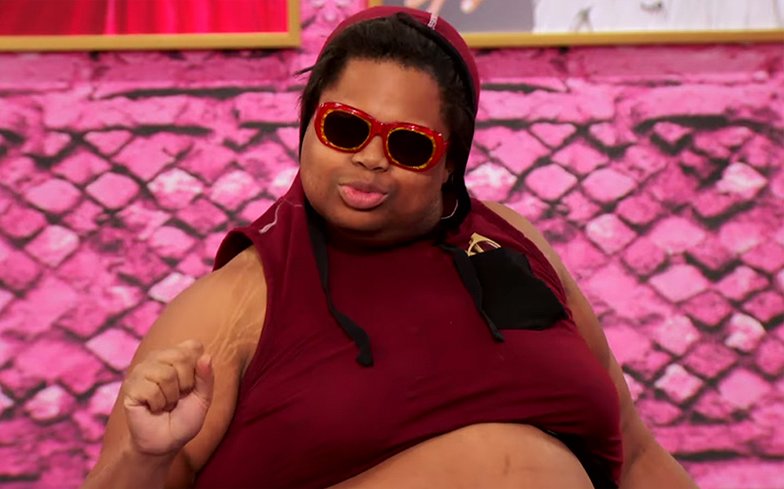 “I don’t think I want to put myself back into that position anytime soon.”

Don’t expect to see Silky Nutmeg Ganache on Drag Race All Stars in the near future.

The LA-based performer – who came in joint third/fourth place on the show’s 11th season earlier this year – said she’s going to “wait a few years” before she makes her comeback because she doesn’t want Drag Race to be the “highlight” of her career.

“I feel like there are loads of highlights out there for me. So I won’t say never, but at the same time I want to explore other opportunities where I am not in a competitive nature,” she told us.

“In competitions you have to have a different mindset, they make us have outbursts, they take away our phones we have no communication, we are indoors, we are literally zoned out. I don’t want to put myself back into that position anytime soon.”

In our interview, Silky also revealed how much abuse she’s faced since her stint on the series.

“In episode eight, which was Snatch Game, I won the main challenge and the mini challenge, and I got so much hate that I went into a depression,” she admitted. “I got so many death threats saying that I was robbing Nina of her glory.

“That is what I received, and I speak out on it, and then the response is like, ‘You knew what you signed up for’. No I did not, I did not sign up for someone to threaten my life, I didn’t sign up for any of that.

“I feel like until the producers put their foot down and offer more assistance that this going to continue to happen.”

The fifth season of All Stars and the 12th season of Drag Race was confirmed by RuPaul last month.

In an announcement on the show’s official Instagram page, the Emmy Award-winning host announced: “Hey squirrel friends! Are you hungry for more RuPaul’s Drag Race? Well good, because your country breakfast is ready!

Both seasons will premiere next year. See the rumoured queens for season 12 and All Stars 5 here.

Before then, we’ll be treated to the first ever season of Drag Race UK, which will debut 3 October on BBC Three and iPlayer.