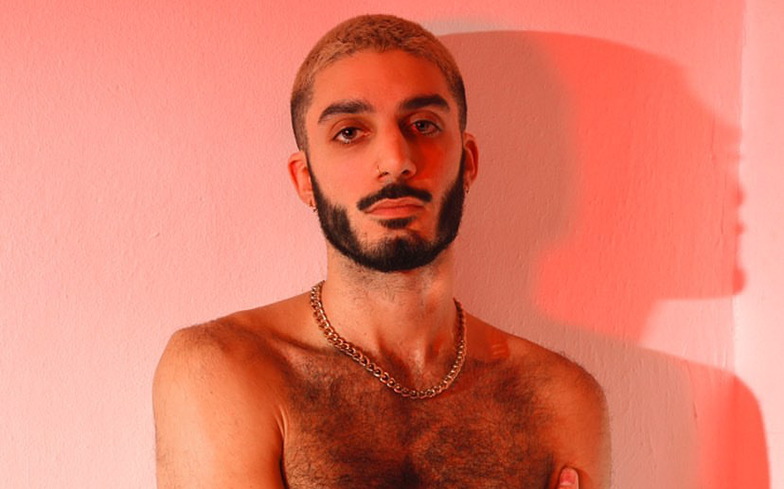 The legendary queen performed the atmospheric track on the RuPaul’s Drag Race All Stars 5 premiere earlier this month, where she left viewers slain with a fierce pole-dancing routine in an all-red leather ensemble.

GESS, writer and producer, said he wanted to write a “warning in pop and R&B form.”

“My music is usually about love and dating through the eyes of someone who’s being treated badly or is in a situation-ship dealing with fuckboys,” GESS tells GAY TIMES.

“But for this I wanted to write something that embodied more bad bitch energy and come from the perspective of someone who isn’t looking for more than just a one night stand and is very upfront about it.”

The multi-talented performer previously collaborated with Shea on the dark electronic anthem, Rewind, and smooth R&B number Gasoline. This time however, GESS says there was a “different vibe in the studio.”

He continues: “We really caught a vibe. I remember leaving the studio like, ‘Yes, we did that.’ Shea is so good at taking my vision for the songs and making it her own. In my opinion this is our best collab out of the three.”

GESS also reveals that Collide was finished a year and a half before the episode aired, so he couldn’t spill the T on the song’s All Stars 5 appearance because it would spoil Shea’s long-awaited Drag Race comeback.

“I was holding onto that secret for what felt like forever,” he laughs.

“But it worked out for the better because Mykki wasn’t originally on the song, and having all that waiting time before the show aired actually gave Shea enough time to reach out to Mykki and make that feature happen.”

Collide is now available on iTunes and streaming services – listen here or below.