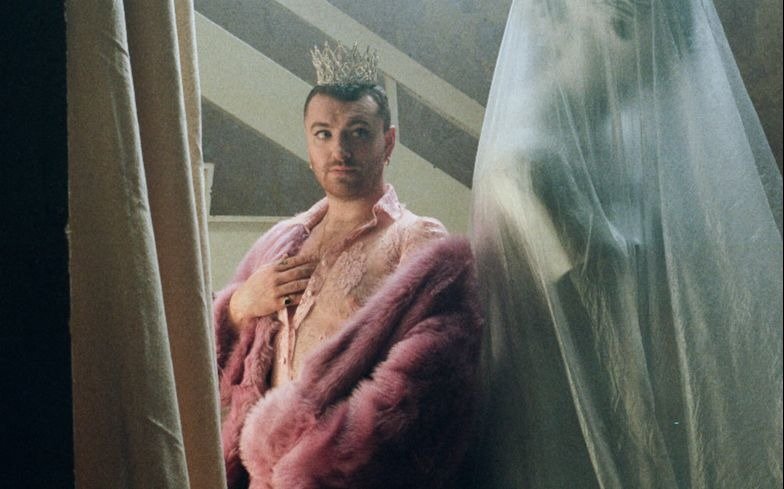 The stars reflected on 2019’s LGBTQ moments, and victories to come.

In the video, the activists reflect on the key milestones made in 2019 for LGBTQ rights, and the changes that still need to happen in 2020 to support further inclusivity.

The film, made by creative agency ACNE, provides a platform for numerous voices within the LGBTQ community to reflect on the year and celebrates the fact that no one Qween could ever speak for such a diverse group.

Sam Smith adds: “Celebrating all queer bodies, whatever form they take. Redefining the rules so there is space for those whose identity cannot be defined by the confines of he or she.”

In the film, Munroe Bergdorf says: “Britain. What a year it’s been. And what a decade! We’ve come so far. Fought so fiercely and reshaped the world to include us in it. Breaking down stale traditions and crafting a tomorrow that is fairer and safer for all.”

The speech also acknowledges that singer Sam Smith came out publicly as non-binary, bringing the conversation of gender into the mainstream which saw the dictionary update the definition of the word they to include its non-binary pronoun status.

The film was directed by Zhang + Knight, who said: “When ACNE came to us with this idea for a project we both knew instantly that we had to do it. As gay directors we rarely get to see queer pieces of work as meaningful and carefully considered as Qweens’ Speech. It was such a pleasure to bring this script to life.

“We were extremely inspired by Cecil Beaton’s portraits of Princess Margaret, they have this decadent dusty pastel romanticism to them and we wanted to create a regal environment world which felt luxurious but also held onto the rebellious spirit of the LGBTQ+ community.”

Executive Creative Director, Adam Springfeldt, from ACNE said: “Diversity should be celebrated in all forms but the fact remains that there is still more to do to support LGBTQ+ rights in our homes, our communities and society as a whole. Collaborating with this talented group of artists has created a film which we hope will inspire more people to share this message at a time of hope, love and goodwill.”

Munroe added: “2019 was both a triumphant and tumultuous year for the LGBTQIA+ community. This year, for our Qweens’ Speech we wanted to send a message of not only hope for the future, but also a message of unity.

“That significant positive change can happen from within a community, but that requires unity, diversity, communication and organization. This year it’s all about ‘passing the crown’. Making sure ALL queer voices and stories have a seat at the table.”

Watch the video below: