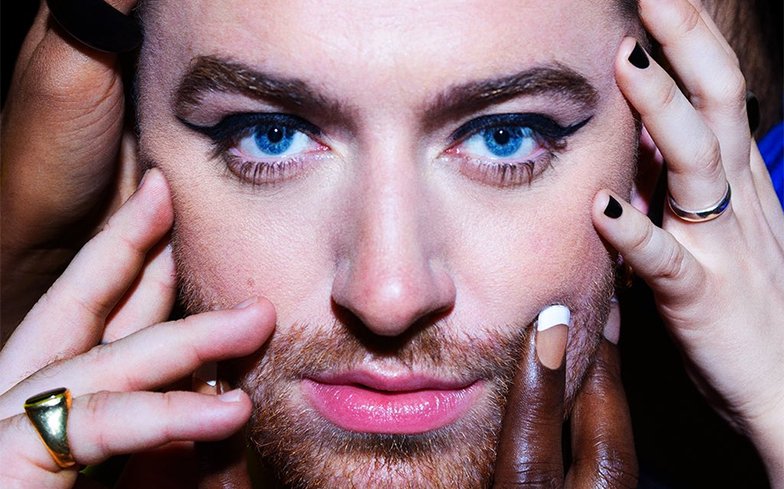 The highly-anticipated song will be released this Friday (17 April) alongside the music video, which is directed by award winning director Jora Frantzis (Cardi B, Rosalia) and renowned choreographer Sean Bankhead (Normani, Missy Elliott).

The incredible cover art shows Sam and Demi in matching white tracksuits, wearing first place medals on a rainbow-coloured ribbon. Are two of the world’s most visible LGBTQ stars about to drop the queer anthem of the year?

“Incredibly happy to release this song with my gorgeous and talented friend,” Sam wrote on social media. “I love you Demi!”

I’m Ready will be the fifth single from Sam’s upcoming third studio album after their Normani collaboration Dancing With A Stranger, dance-pop anthem How Do You Sleep, their Calvin Harris duet No Promises and ballad To Die For.

It will also include their cover of Donna Summer’s disco classic, I Feel Love.

Last month, Sam announced that the album, which was originally titled To Die For after the single of the same name, has been postponed due to growing concerns over the global coronavirus pandemic.

“Firstly I want to send love and strength to everyone who has been affected by this situation,” they wrote in an official statement on social media. “I hope you are all alright during this incredibly weird, upsetting and unprecedented time.

“I have done a lot of thinking the last few weeks and feel that the title of my album and imminent release doesn’t feel right, so I have come to the decision to continue working on the album and make some important changes and additions.”

Sam then confirmed that they will be changing the title and pushing back the release date, but told fans not to worry because the album will definitely be released this year – with more singles to follow in the coming months.

The star concluded their post by thanking fans “for always being by my side and for your understanding and patience.”

Demi also launched her new era this year with the self-empowerment anthem, I Love Me.

The incredible music video tackles the star’s past struggles with addiction and self-confidence as she (literally) fights her inner demons, struts down the street in a red latex coat, and even references her overdose.

Demi’s last studio album Tell Me You Love Me was released in 2017, making this the longest fans have waited for a new album. We’re keeping our fingers crossed it’s coming soon!