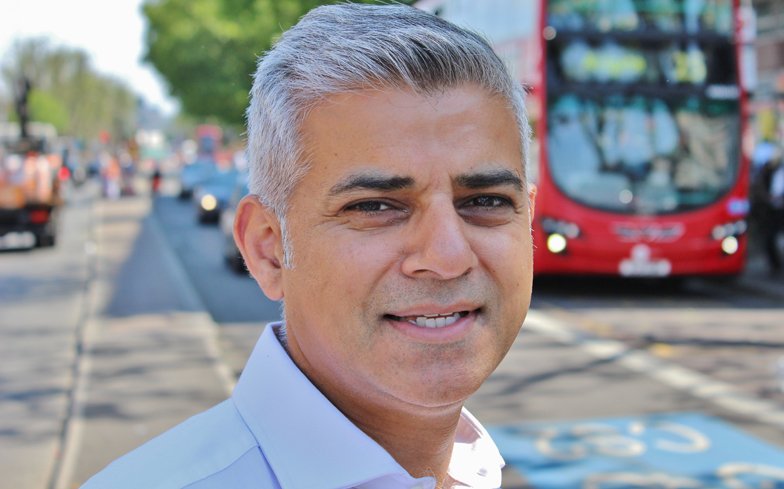 “Rest assured – with me in City Hall, I will always be an ally.”

Sadiq Khan has revealed his plans to strengthen London Pride if he’s re-elected as the city’s mayor later this year.

Today (27 February), Khan said that if he’s re-elected on May 7 he will further strengthen London Pride’s links with community groups, unions, and grassroots organisations, many of whom gave birth to the Pride movement.

Khan continued to say that he will “always stand up for LGBTQ+ Londoners – whether that’s marching at the front of Pride, supporting LGBTQ+ inclusive education in schools, campaigning for PrEP to be available to all those who need it.

“London’s Pride march is a highlight of my year and if re-elected I’m delighted to announce that I’ll continue to provide City Hall support to it and Black Pride – as well as using my influence on its delivery to further strengthen its links with the inspirational community groups, unions, and grassroots organisations who gave birth to the Pride movement over thirty years ago.

“I’m asking voters who care about LGBTQ+ issues to lend me their vote so I can continue standing up for our city and its values.”

Khan then revealed that if he wins a second term, he will do everything he can to “support the proposals for a new LGBTQ+ community centre in London” and reminded voters that it’s a “two-horse race” between him and a Tory candidate.

“We’re pleased that he’s showing real leadership on this,” he continued. “From his work campaigning on the availability of PrEP to his leadership at Pride, Sadiq has shown himself to be an excellent ally and friend to the LGBTQ+ community.”

“Such spaces are an integral part of the landscape in London’s international counterparts, and for too long the capital has been lagging behind,” he explained. “Over the past three years, our team has been fundraising, planning, and working closely with the organisations in London which already provide so much for the LGBTQ+ community.

“We welcome Sadiq’s commitment to doing all he can to support our project, and look forward to our continued work with him if he’s re-elected.”

Related: Olivia Colman and Sadiq Khan give their backing to LGBTQ-inclusive education.