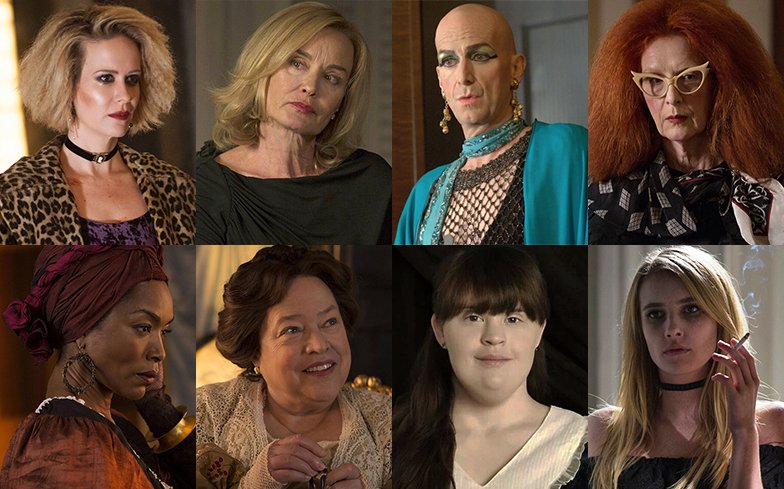 In a recent interview with Entertainment Weekly, series creator Ryan Murphy detailed his nine favourite episodes of the acclaimed horror anthology series and revealed the show could run for at least 11 more years.

Murphy said the show’s divided sixth season, Roanoke, was the first time he realised American Horror Story’s staying power. “This was the season that made me think “Ok, this show can go for 20 years,”” he admitted.

“Because we can keep playing with the format, the form. It proved to me we didn’t have to have every season be a grand spectacle. We could be raw and rough and verité. It reinvigorated me in some way, after the operas we had done.”

We don’t know about you, but we’re more than happy with this news. It was previously rumoured that the show’s 10th season would be its last, which we didn’t really like, because the series is yet to explore dozens of other horror tropes.

What do you want to see in the next 11 seasons of American Horror Story? Let us know in the comments!

The ninth season of American Horror Story, 1984, aired earlier this month and received praise for providing the show’s usual combination of camp and horror, and for paying homage to iconic slasher films such as Sleepaway Camp and Halloween.

There, they encounter a lunatic called Mr Jingles who slaughtered nine people at the camp 14 years prior.

1984 is the first season without series mainstays Evan Peters and Sarah Paulson, which was met with an overwhelmingly negative response from fans. Maybe they’ll pop up in seasons 10-20? We hope so!

Watch the trailer for the sixth episode of 1984 (the show’s milestone 100th epiosode) – which airs tonight on FX below.

The post Ryan Murphy reveals how many seasons of American Horror Story there will be appeared first on Gay Times.