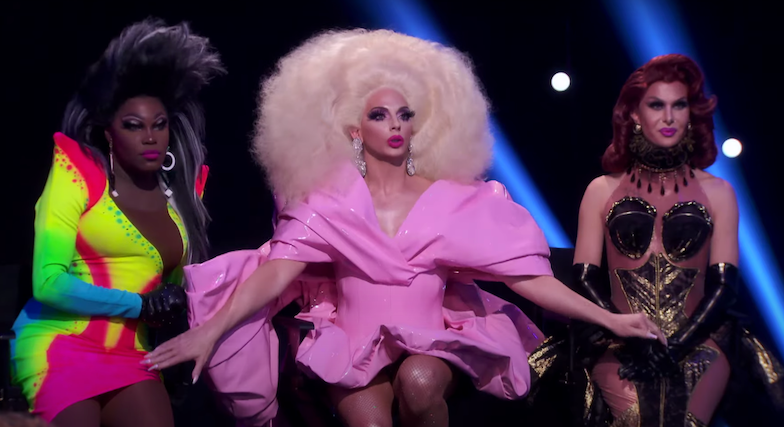 “R U ready for the most star-studded competition in HERstory?”

Is there such a thing as too much Drag Race? Like Michelle Visage once said, “NO!” Today, VH1 unveiled the first sickening trailer for RuPaul’s Secret Celebrity Drag Race and revealed when it will sashay onto our screens.

The four-part event will debut 24 April after the main show and will follow 12 celebrity contestants as they vie for the title of America’s Next Celebrity Drag Superstar, as well as a cash prize, which will be donated to the charity of their choice.

“RuPaul’s Secret Celebrity Drag Race is a blast,” Mama Ru said in a statement. “We put these celebrities through it! Because no matter how famous your charisma, uniqueness, nerve and talent is, you still put your pantyhose on one leg at a time.”

The trailer shows queens such as Alyssa, Asia, Bob, Monet, Trinity and Trixie looking gagged to the high heavens as the celebrity contestants prance down the runway. Of course, their identities have remained anonymous.

Which stars do you think have what it takes to be America’s Next Celebrity Drag Superstar?

Whew lordt, it’s safe to say the Drag Race franchise is… expanding. The show is currently airing its 12th season, while a fifth season of All Stars and a second season of RuPaul’s Drag Race UK are set to premiere later this year.

Drag Race Canada has also been confirmed – with season 11 alum Brooke Lynn Hytes announced as a permanent guest judge, as well as Drag Race Australia. The Thailand spin-off is also expected to air its third season in 2020.

Visit here for your full 2020 guide to all things RuPaul’s Drag Race.