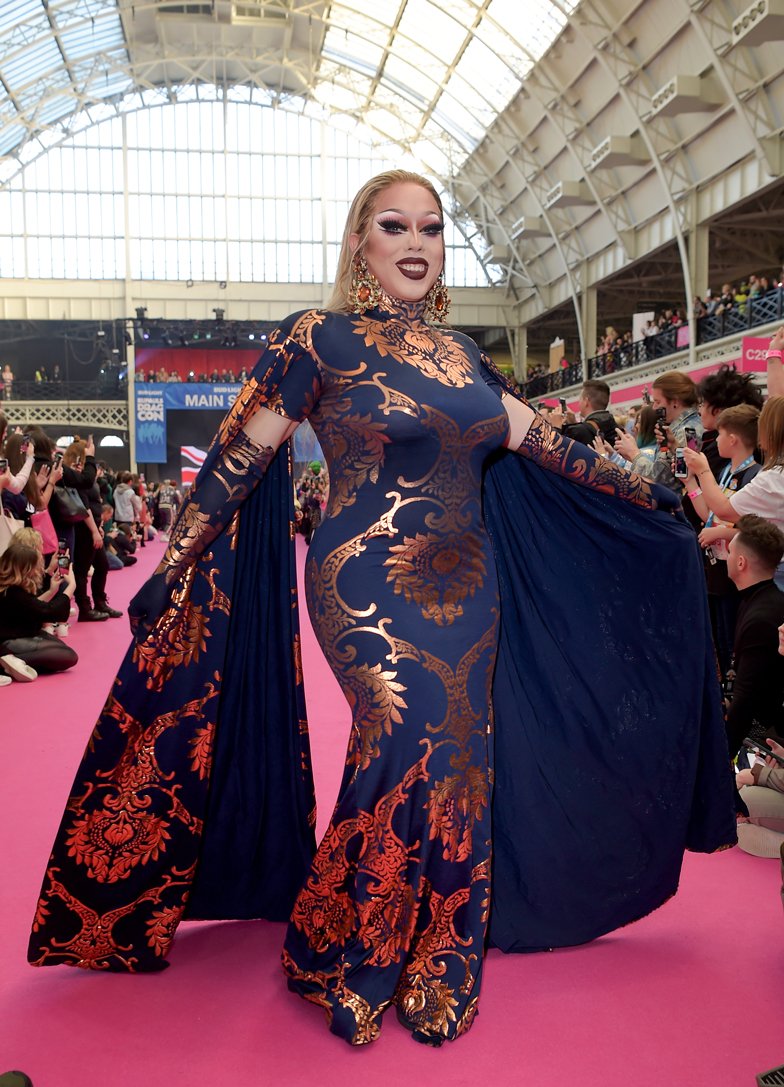 “I was peeing, and when I turned around there was this tall man behind me…”

As shows like RuPaul’s Drag Race and Dragula take over the world, interacting with fans at meet and greets has quickly become one of the biggest parts of a drag queen’s job – but sometimes those fans don’t quite understand boundaries.

We asked 12 our favourite Drag Race stars at the first ever DragCon UK in London to share their most unusual experiences with fans, from nudes to tattoos and being mistaken for other queens.

“The weirdest fan experience I’ve had is probably signing someone’s butt cheek. I was like… I mean, I’m down for anything, but yeah, that was probably one of the weirdest. He just pulled his pants completely down and said, ‘Can you sign my ass?’ I’m like, ‘Okay, sure!’ Anything for the fans. Without them, it’s impossible.”

“Someone once said they got me something, and I was expecting flowers, but they rolled their sleeve up and it was a tattoo. It said ‘Divas: Derrick Barry, Britney Spears, Lady Gaga’, and I was so taken aback because I couldn’t believe that someone had wanted to put ink on their body that had something to do with me. But now I’ve signed people, they go get my signature tattooed on their body, so I don’t think it’s weird anymore. People find inspiration where they find inspiration, and if I can be part of that journey, then how amazing.”

“I attract a weird demographic, so I feel like there’s quite a large spectrum of odd balls. I think some of the weirdest ones are the people who don’t realise that I’m also socially awkward, and they will sit down and just stare at me and expect me to make the conversation, and we just kind of stare at each other like… ‘What are we doing?’ I think across the board that sticks out. But you might have to check in at the end of Drag Con because we still have all these people to meet!”

“The weirdest fan experience for me was early on in my career. I had a whole conversation with somebody and we talked for probably 20 minutes. At the end he said, ‘It was great to meet you Ongina. I’ll see you again.’ I called Ongina up really quickly and she’s like, ‘I just went through the same thing, they thought I was you.’ I didn’t correct him because we spent 20 minutes talking… I could’ve been a bitch, and he could’ve been like, ‘Ongina was such a bitch!’”

“Having Bianca [Del Rio] stalk me constantly. It’s a little unnerving and it’s a little intimidating. She doesn’t respect restraining orders or the law. I’ve seen IT: Chapter 1 and Chapter 2, and then she had the nerve to take that shit on the road and do a whole tour.”

“I’m not one of these queens that gets a lot of nudes in my inbox. I emphasise the fact that I’m happily married to Mr Davis, but on occasion when I do receive something like that, I’m all, ‘Mr Davis! Look what I got!’ Sometimes you need a little pick me up, so thanks for the messages fellas.”

“It’s not weird, but I’m here with Miz Cracker and Adore Delano in the same booth, and some people think that I’m one of the staff members here, so they’re asking me, ‘Can I buy a meet and greet for Adore or Cracker?’ So I had to put a sign with my name on it, otherwise people think I work here. They think I’m a real woman.”

“I get a lot of hot men flirting with me. I think the weirdest thing is when the guys are like, ‘Can I buy you a drink?’ A lot of the fans are really flirty, which is kind of weird, but if they’re fit, why not?”

“I remember a few years ago someone gave me a Barbie doll they made to look like me. It was a little girl, she was 12. I went home, and I realised that the Barbie doll was actually a Ken doll she’d put in drag. It was one of the weirdest reactions to me, because I always wonder in my head, ‘Is this approved by their parents? Is this something they did together? How did this girl understand what I did for a living?’ It was a very weird experience for me, but I understood quickly she knew I was a guy dressed as a girl, but it was an uncomfortable moment.”

“I’ve actually been waiting for a weird experience. I haven’t had one yet! I want that weird experience. I feel like I’m being cheated out of this. Because some people have some really crazy fan experiences, and I’m like, ‘Why haven’t I had that yet!?’ I have one more day of DragCon, so hopefully I get one.”

“This isn’t a fan experience, but earlier when I was on the red carpet, my wing got attached to Miz Cracker’s wig and I pulled her across the red carpet. So, sorry Miz Cracker, I hope you don’t hate me.”