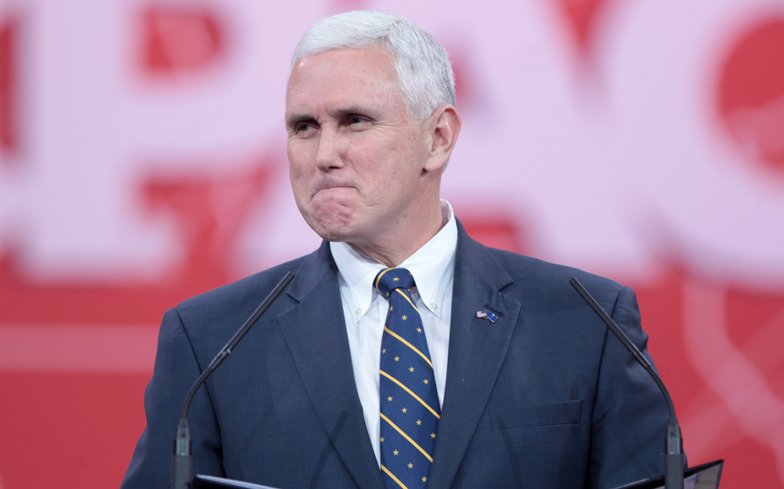 Last week, a gay spokesperson at the White House embarrassingly tried to claim that the vice-president Mike Pence wasn’t homophobic, despite campaigning against LGBTQ rights for the entirety of his political career.

Akin to the old argument ‘I’m not homophobic, my favourite uncle is gay’ the aide claimed Pence couldn’t possibly hold any anti-LGBTQ views, as he was willing to dine with the openly gay Irish leader Leo Varadkar, and his husband – which is part of his job description, essentially.

Shockingly however, as it turns out dining with gay people doesn’t actually remove your anti-LGBTQ beliefs, as Pence is back at it, giving a speech to an anti-LGBTQ movement.

Pence gave a speech to the Concerned Women for America (CWA), a group that has in the past claimed that same-sex marriage is just a “political juggernaut to indoctrinate young children in schools to reject their parent’s values and to harass, sue and punish people who disagree.”

In a speech to the group, Mike Pence ominously said the Tr*mp administration was just “getting started” before adding: “The source of our prosperity is that foundation of faith and ideals of the American people, things the CWA has been all about from the beginning.

“President Trump has been busy strengthening the constitutional foundation and the commitment to those ideals from day one. I promise you, this is an administration that will always defend the freedom of religion of every American.

“The president promised back in 2016 to defend your right to fully practice your religion as individuals, as business owners, and as academic institutions, and that’s exactly what we’ve done.”

The sitting Vice President has a long and terrible history of attacking the LGBTQ community, whether it’s his support for conversion ‘therapy’ or his opposition to hate crime protections and marriage equality. He is also alleged to have helped in the drafting of Tr*mp’s transgender military ban.

Oh, and there’s also that time that Trump allegedly joked that Pence ‘wants to hang gay people’ (this was later denied, but at this point we don’t know what to believe).