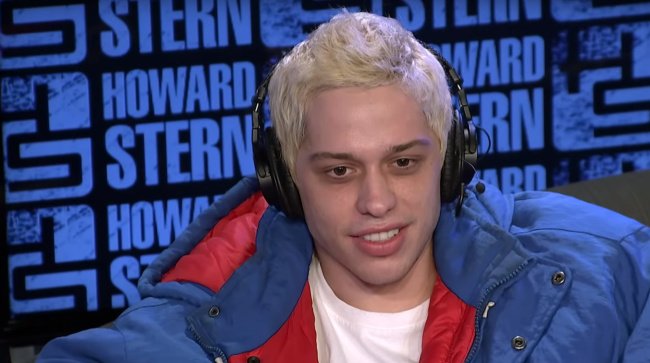 Pete Davidson is a 26-year-old actor and comedian, who can be seen regularly on Saturday Night Live. He was engaged to Ariana, then he wasn’t, and the world tends to talk about the size of his penis, for some reason. (Even Ariana chipped in at the time, saying something about 10 inches).

Now, in an interview with Paper magazine, Pete opens up about several issues – among them, his feelings for one young Leonardo DiCaprio.

“I used to jerk off to Leonardo DiCaprio…”, he says. “Uhh, like his acting.”

And then he explains further:

“I used to have a HUGE crush on Leonardo DiCaprio. I had this huge poster of him from The Beach in my room, and there used to be, like, ‘Leo love books’… Do you remember?

Like, right when Titanic came out [when I was] in like third or fourth grade, he was just like, ‘teen milk.’ There were love books and I had all of them. He was the coolest.”

Not surprisingly, the younger Leo was the stuff of dreams of many a Hollywood men (and us). Even Armie Hammer admitted he had a boner when he kissed DiCaprio…