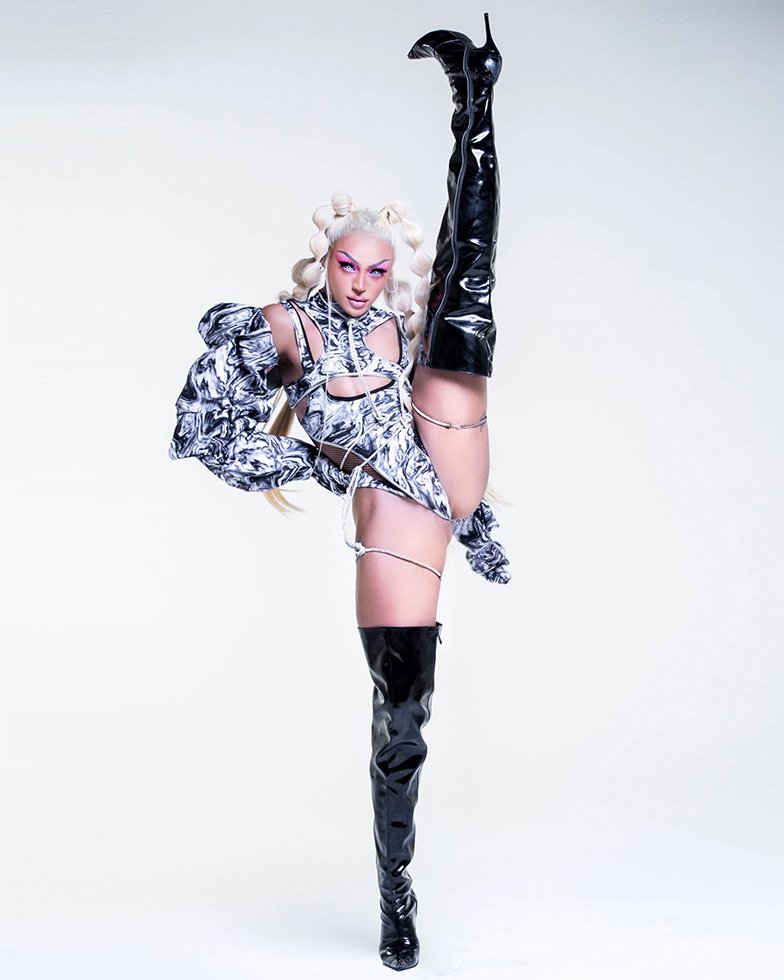 Pabllo Vittar is taking over the world.

Following high-profile performances at New York City Pride and Sydney Mardi Gras, as well as an international tour that took her across Europe and America, Pabllo has cemented herself as one of the biggest drag queens and pop stars of all time.

Her new album 111, named after her birth date, sees her reach even bigger heights as she sings across three languages (Portugeuse, Spanish and English) and collaborate with music icons like Charli XCX, Thalia and Ivete Sangalo.

To celebrate the release of the record, we spoke to Pabllo about her dream collaborations with BLACKPINK and Little Mix, how she’s staying entertained during self-isolation, and why she hopes her music will bring people together.

Hi Pabllo! How excited are you for the world to finally hear 111?
I am super, super, super excited! I’ve been working on this album for more than a year now, being super careful with every detail of it. I hope you guys liked it!

What was your goal with this album?
Like all my albums before, I try to mix a lot of different references that I have; a lot of regional Brazilian music with some electronic, global pop, PC music and more. That said, I can say that this album is a birthday playlist. That was my goal. It is called 111 because my birthday is on November 1st and that’s how you would party with me. It begins lightly and is super energetic at the end.

Why did you decide to sing across three different languages? Do you hope it can bring people together?
That was my goal. I did my first tour outside Brazil last year and saw a lot of people trying hard do sing my songs in Portuguese, enjoying my show and actually studying to communicate with me. I felt honoured and decided that I also had to speak their language. Music is universal and brings people together, so I want to bring my music to everyone.

Do you have a favourite song on the album?
Each and every song is special to me in a different moment. It depends on the mood I am and where I am! I really, really, really love this whole album.

You have a lot of great collaborations on the album, like Thalia and Ivete. How did you decide who you want to work with?
I always want to work with people I admire. Thalia is La Reina of my life, I used to watch her on TV, and Ivete is the most amazing artist in Brazil! But besides that I always want to work with people I have a special connection and then we can share experiences and learn from each other. Making music is not just making music, it’s creating experiences and sharing knowledge. Both of them and also Charli XCX, Psirico and Jerry Smith taught me a lot during this process and I am a super fan of all of them.

What was it like working with Charli XCX again on Flash Pose?
Charli is revolutionary, she’s the most experimental pop queen of all! She is the one bringing pop music to a whole other level and I feel blessed and honoured to have collaborated with her. Flash Pose is our third song together. She really embraced the idea, brought her own touch to the song and made it even better then it was before.

Which other artists would you love to collaborate with in the future?
I would love to work with a LOT of different artists and producers. I can say Rosalia, Little Mix, BLACKPINK, Bad Bunny… I could spend this whole interview saying names!

There’s a deluxe edition of 111 coming soon. What can fans expect from that?
We will add a few more songs to it that we are waiting anxiously to share with everybody! There will be some amazing surprises on it, I promise you that.

How are you staying entertained indoors during the coronavirus pandemic?
I am working out a lot, doing a lot of skin care, listening to new music all the time and working when I can! I am writing a few more songs during it, getting references for my future work and rehearsing the choreographies for the new tour. And resting and eating a lot of my mom’s food, that’s one thing I miss the most when I am touring.

When the world goes back to normal and everyone can go outside and party, what will be the first thing you do?
I will also party, for sure! I miss my friends so much, I miss hugging them, I miss human contact a lot. So I will have a huge party with all my friends and then go back to work. I miss touring, I miss also the interaction with my fans outside social media. So that will be it, a couple of days partying with my friends in my town and getting back to the road!

The post Pabllo Vittar on uniting people through music and her dream to work with BLACKPINK appeared first on Gay Times.