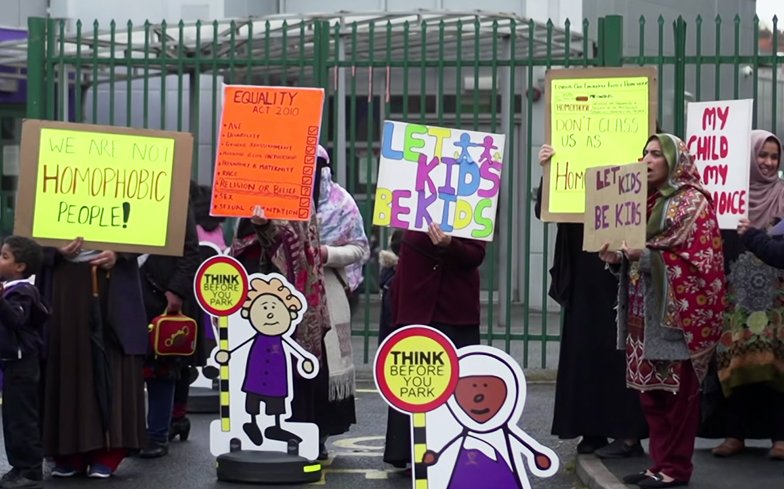 Big names are giving their backing to LGBTQ-inclusive education.

In the past week both Oscar-winning actress Olivia Colman and London mayor Sadiq Khan have given their backing to LGBTQ-inclusive relationships education.

Sadiq Khan came first writing a letter to headteachers in London schools in support of the education. In the letter, which was seen by various London outlets, including the Ilford Recorder, it said: “Our schools must be places where all children feel safe and included, regardless of their gender identity and sexual orientation or that of their families.

“Young people should be able to learn about healthy relationships of all kinds, and that includes LGBTQ+ relationships. I am proud to be mayor of a city that embraces differences and celebrates diversity.”

He added: “Bigotry, intolerance and discrimination have no place in London.

“This is why you have my total and full support as you equip students to make safe and informed decisions, show that LGBTQ+ relationships are part of everyday life, and ensure that all young Londoners can feel proud of who they are.”

And in a 73-question video with Vogue, Oscar-winning actress Olivia Colman also gave her backing to the lessons. When asked if there was any cause she wanted to get behind, Colman responded by saying: “I would like all children to have relationship classes in schools.”

Colman also spoke about how diversity has increased since she started in the acting industry. In a question about positive changes in her industry, she said: “I think the discussion about equality. Although we’re not there yet, at least the discussion is happening.”

Over the past few months, primary schools have faced anti-LGBTQ protests over the teaching of No Outsiders, and other lessons involving the LGBTQ identity.

No Outsiders – developed by Andrew Moffat, 2017 MBE recipient for services to equality and diversity in education – is a program of lessons that covers topics such as gender identity, religion, sexual orientation, disability and age.

Many have spoken out against the protests, that led to Parkfield Primary school suspending the lessons for a limited time. The school has since reinstated them under a new title, “No Outsiders for a Faith Community”, which will be introduced in September.

Amanda Spielman, head of Ofsted, previously said protests against LGBTQ-inclusive education are “setting a terrible example for the children” and highlighted the importance of “constructive, professional dialogue” between teachers and parents.

West Midlands Mayor, Andy Street, has also urged an end to “homophobic” protests that were taking place outside the Anderton Primary School over No Outsiders.

Unfortunately, the protests show no sign of ending, and with new relationship guidance to be in effect next year, which includes LGBTQ relationships, anti-LGBTQ groups are planning nationwide protests.

Groups like Stop RSE, the Values Foundation and the School Gate Campaign have been set up in the past year with the aim of stopping the lessons, and what they call the “radical sexualisation of kids.”

On the website of the School Gate Campaign, set up by an evangelical Christian, it claims that LGBTQ-inclusive education “hijacks and potentially perverts the course of natural child development.”

The post Olivia Colman and Sadiq Khan give their backing to LGBTQ-inclusive education appeared first on Gay Times.