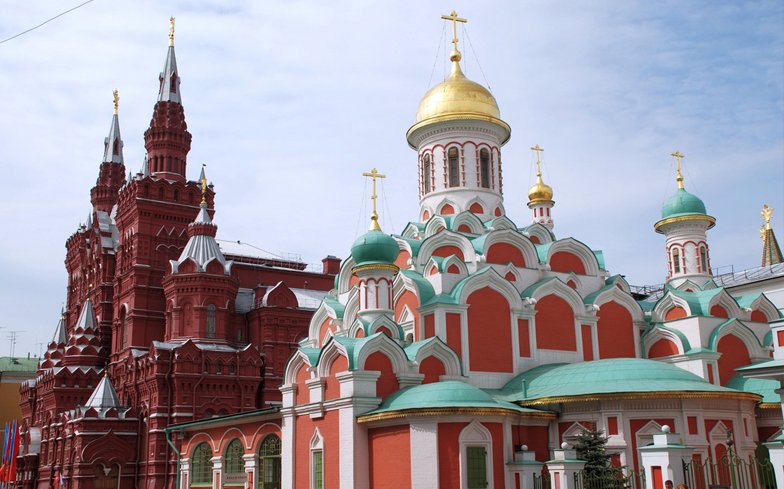 Although the schoolchildren were tolerant, they weren’t trusting of the LGBTQ community.

Following anti-government protests against the Russian government during the Summer, in which several youth activists attended, authorities have moved to try and counter this.

Among the methods are patriotic teachings in schools, and a ban on minors attending protests. In the wake of this, Mikhailov & Partners conducted a study to look at patriotism in Russian youths. The study polled 1,057 respondents aged 10-18 during September.

The survey polled respondents on things like whether they were patriots, political issues that interest them and their views on the LGBTQ community.

However, despite only 17% of respondents having negative views, only 13% said they actually trusted sexual minorities.

Psychologist Alexander Kolmanovsky said: “This means that our conception about the patriarchal nature of the country is more likely coming from above than below.”

And it’s not just schoolchildren that have somewhat positive views toward the LGBTQ community, as a survey earlier this year found support for the community was on the rise across Russia.

The data found that 47% supported the LGBTQ community, which is the highest it has been for 14 years, when 51% of Russians supported equal rights back in 2005.

Research from the Levada Center showed that support for the community has risen, mostly among those with LGBTQ friends and those under 25.

The survey asked 1,625 across 50 different regions in Russia. It found that people more supportive of the LGBTQ community tended to live in cities, and have a good income. Those over 65, and those outside of cities on poorer incomes were more likely to oppose equal rights.

However, homophobia still remains a massive issue in Russia. In 2013, a ‘gay propaganda’ rule was signed into effect by Vladimir Putin, and it banned the promotion of “non-traditional” sexual orientations to minors.

Under the law, a Calvin Klein advert was banned, there were calls to ban the game FIFA 17, and the Warwick Rowers naked calendar was banned. The law has also banned a website that ran articles on LGBTQ-related health issues, including HIV/AIDS.

Police officers in the Sverdlovsk region of Russia also refused to protect LGBTQ citizens from hate speech. They claimed that online threats were “not addressed to any group of people on the grounds of ethnic, racial, religious, or social identity,” and so they did not violate any laws.

An intersex woman was evicted from her own house after suffering police harassment. Olga Moskvitina was followed home by a plains clothed police officer who forced his way into her apartment.

The officer is alleged to have forced her to strip naked so he could examine her genitals. Despite her trying to explain her intersex status, and her being unable to update her documents, the officer threatened to kill her, as well as expose her identity to others in the hope they would do so.

However, one of the more chilling instances is a Saw-themed website that encouraged homophobes to commit violent acts against the LGBTQ community. The website was banned in July, but activists warned it could resurface.

Yelena Grigoryeva was found murdered after her details appeared on the website. Just three days before she was killed, Grigoryeva posted about the ‘Saw’ website on her Facebook page, warning that names, photos and addresses of LGBTQ people were being shared, with prizes offered to those who completed an attack.

Related: Here’s everything you need to know about Chechnya’s ‘gay purge’

The post New study finds that Russian schoolchildren are actually tolerant of the LGBTQ community appeared first on Gay Times.