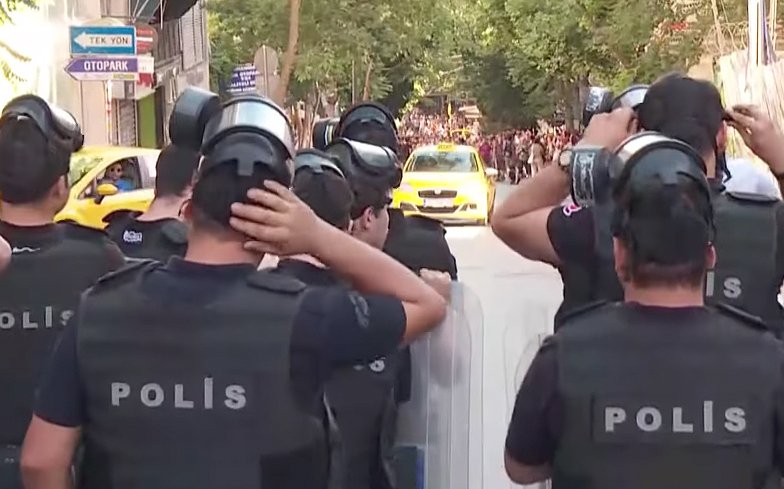 Netflix in Turkey is facing boycott calls after it was rumoured that a character in the upcoming series, Love 101, could be gay. The rumour came from a now-deleted Twitter account, love101netflix.

Netflix Turkey did not confirm whether it had any association with the account, but attempted to downplay the rumour, saying: “A lot of false information is spreading from fake accounts … believe only what you hear from us about the series and the characters, not the rumours.”

Love 101 is an upcoming Turkish-drama, set to premiere on Turkish Netflix on 24 April, which is also the start of Ramadan. The series will consist of eight episodes and follow a group of teenagers attempting to get their favourite teacher to stay at the school by having her fall in love with the new basketball coach.

Official releases for the series tease that the students won’t “realise that they are actually discovering love themselves.”

It adds: “Through this journey they will learn they have more in common than they know, are stronger together than they are apart and that love can’t be manufactured.”

After the rumours started, Ebubekir Sahin, the president of the Radio and Television Supreme Council, said: “We will not tolerate broadcasts that are contrary to the national and spiritual values ​​of our society.”

The backlash spread online, with a popular tweet on Twitter reading: “Netflix is trying to normalise immorality under the name of ‘Love 101’.” Another called the streaming giant “Islam’s enemy” and called for it to be banned.

Most of these tweets came under the hashtag, #NetflixBeAMan.

Thankfully, there were some positive reactions to the rumours, with one writing: “i wasn’t planning on watching this show but homophobes were so loud and got me interested in the show. thank u assholes for free publicity.”

Another rejected people using “religion to legitimise their hate.”

Although homosexuality is legal in Turkey, LGBTQ people have barely any rights. Pride festivals are routinely banned, and if they go ahead, supporters are repressed by police, sometimes violently.

Other events such as the Queer Olympix were also banned, and the country decided that it would no longer take part in the Eurovision Song Contest due to LGBTQ contestants.

“As a public broadcaster we cannot broadcast live at 9pm, when children are watching, an Austrian with a beard and a skirt, who claims not to have a gender and says ‘I am a man and a woman at the same time’,” said Ibrahim Eren, who used to run the Radio and Television Corporation.

“There is some kind of confusion of mentality here… once this is corrected we will return to Eurovision.”

The post Netflix faces boycott calls in Turkey after rumour of gay character in Love 101 appeared first on Gay Times.