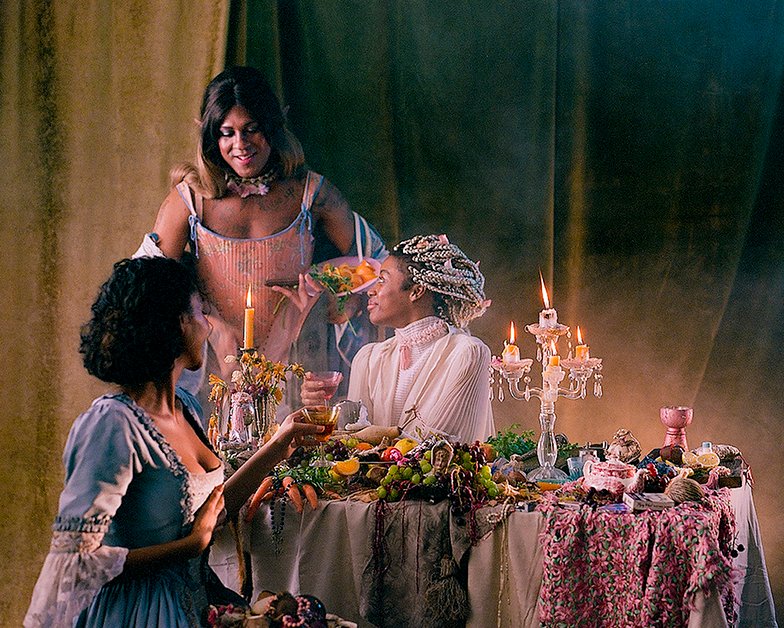 Mykki Blanco’s new single You Will Find It has plenty of meaning behind it.

The dreamy, self-love hymn initially began life as an interlude for the rapper’s upcoming album, but after getting long-standing friend and inspiration Devendra Banhart on board, Mykki decided it was the perfect time to share the song with the world.

“It felt right to release this song now, I felt like I had this capsule of really good energy and I needed to release it now and not wait but let the vibe be felt now in this really anxious moment – so it can feel like a light-hearted mini mediation amidst all the current noise,” they explain.

Set to the sound of reed flutes, gentle strings and ethereal chants, Mykki raps about “queer fucking hippy shit” drawn from life experiences, with references to the power of prayer, relationship desires and namechecks for idols Lady Gaga and Alice Coltrane.

Below, Mykki – who’s wide-ranging career has seen them become a queer rap pioneer, fight for LGBTQ rights and star in a Madonna video – highlights four standout lyrics from the track and offers an explanation of the meanings behind them.

“Allow me to cleanse this space and purify it before we begin our love making. Allow me to let the light in and move all the baggage and left-over negativity taken on by the world out, out of our minds, and our hearts and our space. Lets move freely in this moment… but enough of the pseudo spiritual bullshit! Put on some vintage Gaga and your boyfriend’s sleep shirt and let’s make a lovely risotto together before watching a new episode of Killing Eve!”

My prayers and my blessings, I know that God be testing / Can you handle da pressure? My G you up to the measure?

“I think even if you don’t consider yourself a spiritual person, prayer can be a healthy tool to find balance in your everyday life. I think being able to imagine something greater than yourself and seeking guidance through affirmation can be really grounding. There have been many times in my life where things did not go my way or I have been forced to reevaluate my actions and how to move forward. Rather than praying to an invisible man in the sky to fix all my problems and do all the work for me, I prayed to be empowered and I prayed to be inspired to think of better solutions and strategies and that in my life has worked. When I’ve been willing to do the work, my prayers have been answered.”

I’m not saying that your love is not enough for me / But you gotta bring that bread home if you cuffing me / Kama Sutra when we fucking lay it spiritually / Alice Coltrane and some ganja yeah that’s all I need.

“Whether you like it or not we live in a rapidly shifting capitalist society. Sorry Romeo, love don’t pay the bills and if you think a relationship with me is going to be long term, you better be able to contribute to our quality of life. No need to bullshit, even in this hippy daydream, MONEY MATTERS! Our connection should be deep and meaningful…. I don’t think I met you on a hookup app… no, there is something more precious at play. Let’s put on a classic journey into the psychedelic mind, something by Alice Coltrane and see if we indeed are on the same playing field in ideals as well as in the bedroom.”

“Betty Rubble was the title of the first ever proper Mykki Blanco song, and was then used again on the second Mykki Blanco release Betty Rubble: The Initiation. The name is taken from The Flintstones cartoon character and is also a play on words. Betty is 90s west coast slang for a ‘hot, attractive girl’ – like ‘She’s a real Betty’ – and Rubble meaning ‘debris, waste, wreckage ie a train wreck, demolition’ which can describe the aggression and militance of early Mykki Blanco music. Snow White is another nickname for Mykki Blanco, while less used and known.”

Listen to You Will Find It here or below.

The post Mykki Blanco picks apart the lyrics on their new single You Will Find It appeared first on Gay Times.