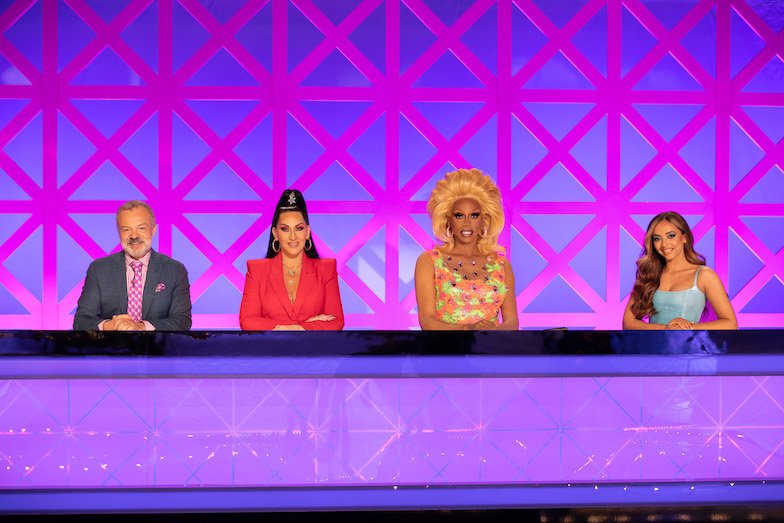 “I would actually love to host my own version – with bio queens and trans women.”

Michelle Visage wants to host her own version of Drag Race with trans women and bio queen contestants.

In an interview with The Guardian, the legendary judge said all drag queens are allowed to audition for the show, not just cisgender men, despite RuPaul’s controversial comments with the same publication in 2018.

He said women and post-transition trans women were not permitted to compete, even though several of the show’s contestants have come out as trans on or after the show, including Peppermint, Gia Gunn and Monica Beverley Hills.

Michelle said: “I mean, I am [a bio queen], so technically we are on the show. I would love it. I would actually love to host my own version – with bio queens and trans women. Everybody’s welcome to audition – we just don’t get a lot of bio queens.”

Michelle then went on to ‘yank her drawers down’ and showed the interviewer her thigh tattoo that reads “drag queen”.

She explained: “Because that’s who I am and that’s what I identify as. Ru said it best – that you’re born naked and the rest is drag. It’s true. We become somebody else when we get done. This is my shield, my superhero costume.

“When I put on my makeup, my drag, I feel like I can take on the world.”

You can read Michelle Visage’s full interview with The Guardian here.

The post Michelle Visage wants to host her own Drag Race “with bio queens and trans women” appeared first on Gay Times.