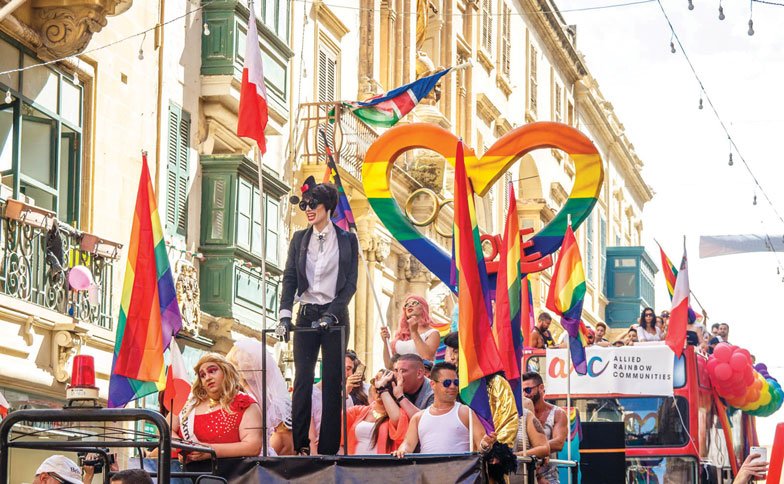 Malta’s Equality Minister, Zammit Lewis, has said that the country could further liberalise its current laws on gay men donating blood. Currently, there is a lifetime ban, although there are plans to bring this ban down to a deferral period of one year.

The announcement of a deferral period dismayed LGBTQ groups in the country, especially since other European countries like the United Kingdom or France have lower ones, while Italy and Spain have none.

Malta is seen as Europe’s best country when it comes to LGBTQ rights. The country has introduced same-sex marriage and banned gay ‘conversion’ therapy, with only the current blood donation laws a stain on its current record.

Speaking to MaltaToday, Zammit said: “We have a commitment as a government and I will ensure that we stand by it.

“I will push for policy decisions that implement our commitment in the best possible way that ensures both the donor’s and patient’s interests are safeguarded effectively and not just on paper.”

Addressing talks he has had with the country’s Health Minister, Chris Fearne, Zammit continued: “We agreed to look at best medical practices employed overseas.

“In Canada, there is a three-month deferral policy for men who have sex with men, in France it started with one year and is being reduced to four months.

“In other countries, certain blood tests are carried out that make it possible to do away with deferral policies. We are looking at all the options.”

The current plans to introduce a deferral period instead of removing the ban was also criticised by the Maltese MEP Cyrus Engerer, who represents Malta’s Labour Party.

He said: “A gay man who uses condoms and only engages in oral sex with a monogamous partner will be immediately excluded from donating blood in Malta. A heterosexual man who does not use contraception and has many partners is not rejected.”

He said the laws should not take into account “outdated fears, but science.”

Addressing Cyrus’s comments, Zammit said: “I have talked to Cyrus Engerer and assured him that I will act as catalyst so that policy in this area will focus on the person not sexual orientation.

“This is not a question of reluctance but we have to also keep in mind expert medical advice. We will be looking at best practice that safeguards donors and recipients.”