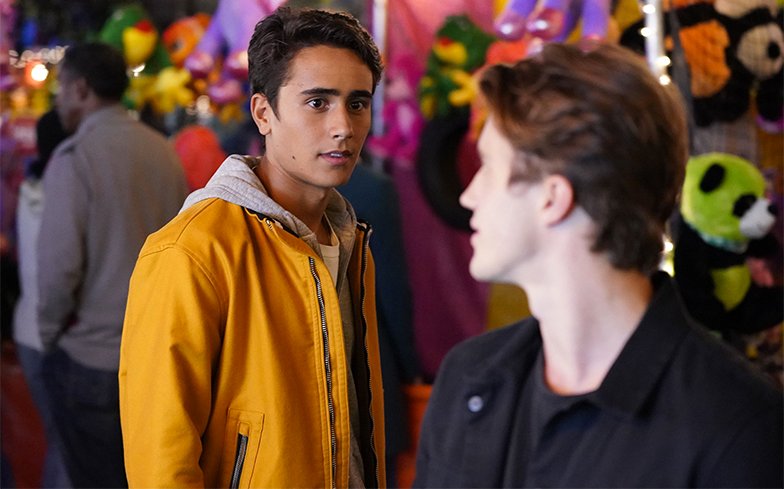 This is the news we needed right now.

Becky Albertalli has announced another sequel to Love, Simon (!).

Love, Creekwood will follow the events of the aforementioned novel and Leah Offbeat, and will reportedly be “about a third of the length of a Simonverse book, all emails” and will be set during the gang’s first year of college.

The outspoken LGBTQ ally also revealed that she’s donating “100% of all my English language royalty advance” to The Trevor Project, a crisis intervention and suicide prevention charity for young queer people under 25.

Albertalli wrote on Twitter: “It’s hard to explain how important The Trevor Project is to me. They do the work I can’t, and they do it with such thoughtfulness, care, and commitment to research-based best practices.

“They have saved *many* of my readers’ lives. And, as I’m sure you can imagine, there’s been a huge spike in the volume of crisis calls due to COVID19 and its specific impact on LGBTQ youth.”

Love, Creekwood will be set after the first two novels and before Love, Victor, an upcoming Hulu series that will be set in the same world as the original film and will focus on Victor (Michael Cimino), a new student at Creekwood High School.

The series will chronicle Victor’s journey towards self-discovery and his challenges at home. He will reportedly seek out Simon Spier for advice on coming out as LGBTQ and how to navigate the terrors of high school.

Nick Robinson – who played Simon in the film – will produce and narrate the series. Isaac Aptaker and Elizabeth Berger, producers and co-showrunners for This Is Us and writers of the original film, will executive produce.

Starring alongside Cimino will be Ugly Betty star Ana Ortiz as Isabel, Victor’s mother who is feeling the pressure after moving across the country. James Martinez (One Day at a Time) will play his “guy’s guy” father Armando.

The 10-episode first season will launch on Hulu in June, coinciding with Pride Month. Hulu seems confident in the show, as it has reportedly already commissioned a writers’ room to explore ideas for a possible second season.

Love, Simon received universal acclaim when it was released last year, and was notable for being the first major Hollywood studio to focus on a gay teenage romance. It grossed $66 million at the worldwide box office.

The post Love, Simon sequel will focus on “the gang’s first year of college” appeared first on Gay Times.