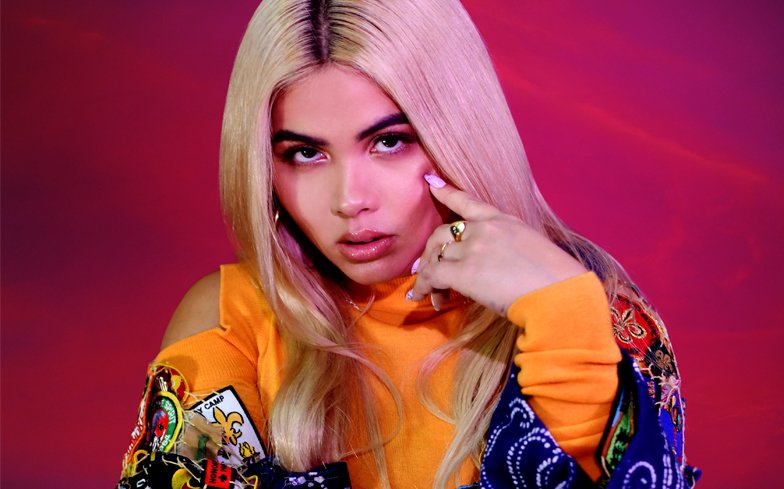 For this year’s spooky celebrations, Lesbian Jesus has given us the ultimate Halloween treat with her dark new pop anthem Demons.

The track is a bit of switch-up for the US singer-songwriter with its scuzzy bass and eerie vocal delivery – and we absolutely love it.

The new track follows her recent single I Wish, which saw her re-imagine iconic cult movie The Craft for the accompanying music video.

Both of the tracks form part of a new mini-collection titled I’m Too Sensitive For This Shit, with more new material to come between now until January.

What’s more, Hayley announced plans for a huge headline tour next year, which will start in San Diego on 29 January 2020.

It comes in the same week that LGBTQ charity The Trevor Project announced they will honour Hayley with the Youth Innovator Award in Los Angeles next month.

The Trevor Project highlighted Hayley’s various advocacy efforts including using her One Bad Night music video to raise awareness about violence against trans women, raising money for The Trevor project, and representing queer women of colour in front of the world.

“Through songwriting and directing music videos, I have been able to share my personal experiences of love and identity with an audience that has struggled with mainstream representation in pop music over the years,” Hayley said.

“I’m honoured to be recognised by The Trevor Project, an organisation that’s helping to bridge the isolation youth feel in crisis. Growing up I felt the isolation of being different so I am beyond grateful for the work they do because creating a safe space can truly help people feel less alone.”