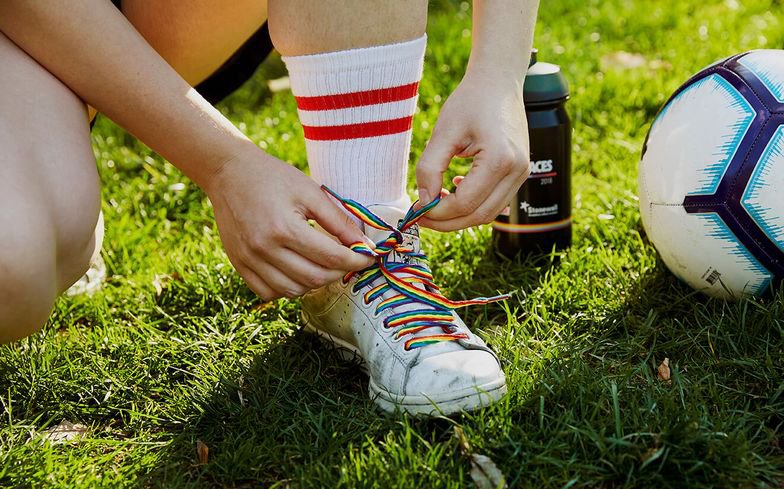 Ben Chilwell and James Maddison spoke with some LGBTQ fans.

Currently, there is no LGBTQ representation in the upper leagues of men’s football in the UK, and some football areas can become uncomfortable for LGBTQ fans.

As part of the Rainbow Laces campaign from Stonewall, Sky Sports sat Leicester City footballers Ben Chilwell and James Maddison down with some LGBTQ supporters of the club to discuss inclusion in the sport.

The footballers made sure that the supporters knew they would support LGBTQ inclusion within the sport, with Ben saying: “If you look back 30 years ago, dressing rooms were a lot more ruthless.

“But ours now is completely open to anything. We’ve got different countries together, different religions and different races.

“Everyone is so together at Leicester, and I know that’s the same with other clubs. If there was someone who wanted to come out as gay, that’s completely fine.”

James added: “We’ve got a very accepting changing room, and I think if one of our team-mates was to come out and say they were gay, nothing changes.

“That’s how it is with us, and hopefully going forward that can be the same for everyone.”

The fans also told the footballers about instances of homophobia they’ve seen when attending matches. One instance they were told about from Paul Malley was homophobic jibes directed at the players. The situation made him feel like he didn’t want to be at the game.

When asked by Michelle Keatman whether the players would have reported the abuse if they’d heard it, James conceded that he used to take that kind of abuse along with others, but after realising how it affects the LGBTQ fans, he would now report it.

The post Leicester City footballers say their changing room would be “accepting” of a gay player appeared first on Gay Times.