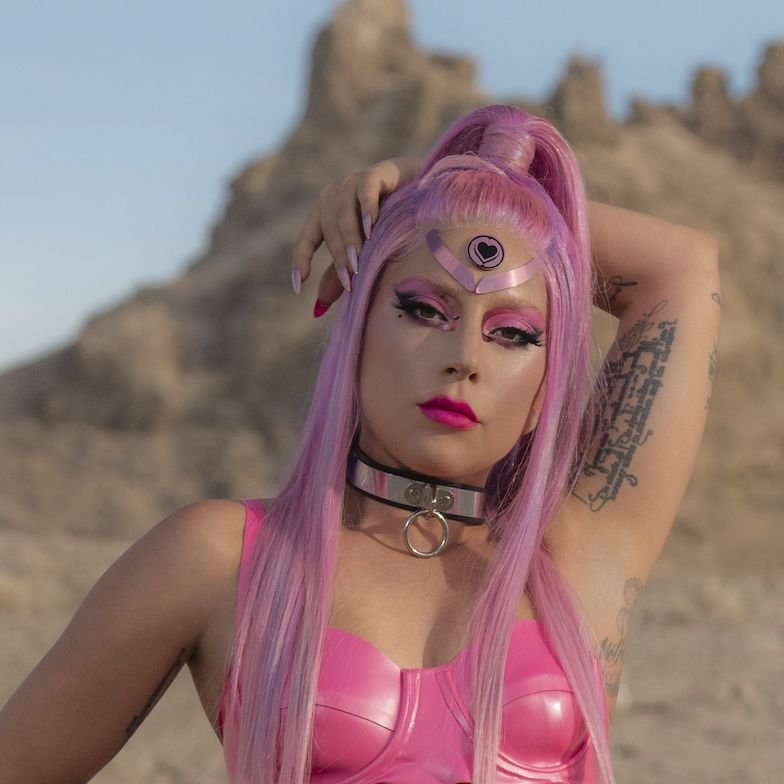 Lady Gaga has revealed that Chromatica will having some “exciting duets”.

The pop superstar recently made an appearance via satellite on NRJ France to discuss her highly-anticipated sixth studio album, and when asked by a fan if we can expect any collaborations, she responded: “The album has very exciting duets.

“I do not want to give away too much but I am excited for you to hear it.”

Gaga continued to say that Chromatica “is about kindness to everyone but also to yourself. The time spent in the studio was a celebration. I want people to understand that there is a way to change perspective about life.”

It was recently rumoured that Gaga will be collaborating with a major pop diva on the album, Ariana Grande, because they now follow each other on social media. Oh, and Ariana liked every single one of Gaga’s posts about Stupid Love. C’MON.

He revealed to Official Charts: “I’ve heard a few tunes and I was floored. It’s the coolest sh*t that’s going to drop in 2020.

“Trust me, it’s taking everything in me to not blurt it out because the song I was lucky enough to be apart of is a true unicorn song. It’s a bucket list for me and when it comes out, you’ll understand why.”

Stupid Love received universal acclaim upon release and debuted at number one in Scotland, the top five in the UK and US, and the top ten in countries such as Ireland, Australia, Canada and Switzerland. Another hit in the basket for Gaga!