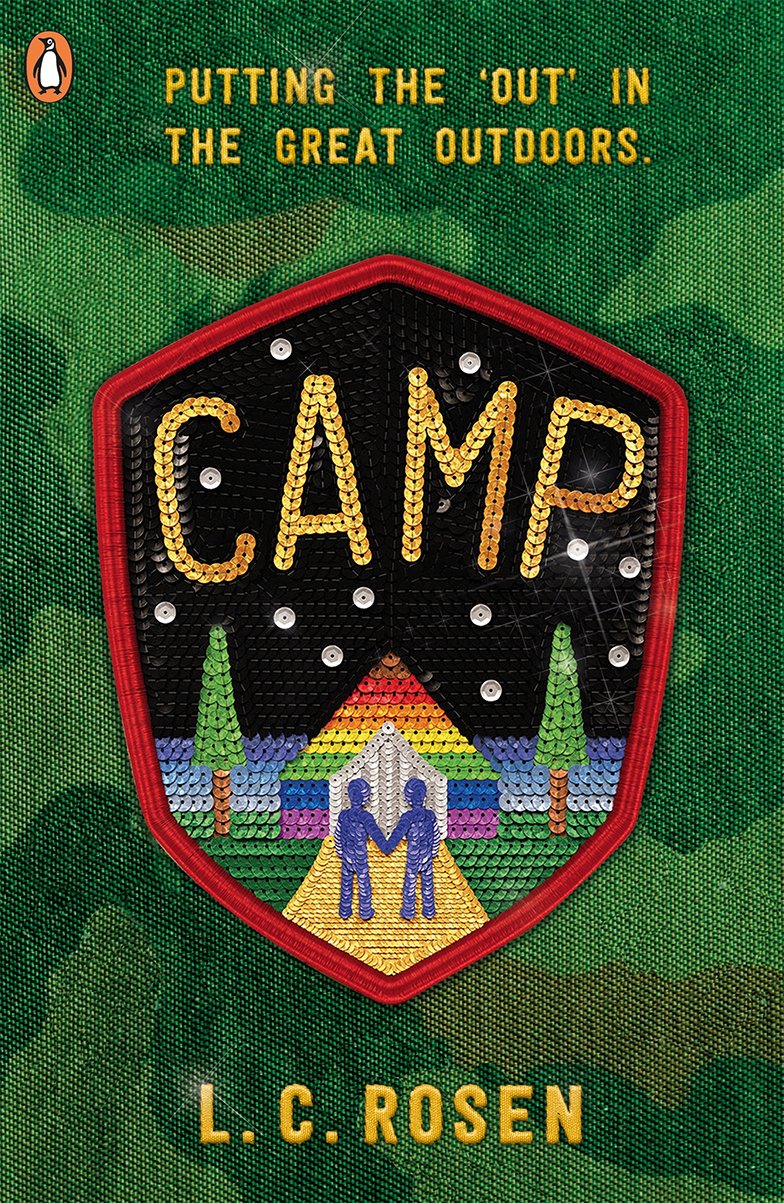 L.C. Rosen has unveiled the cover of new novel Camp.

From the author of the acclaimed Jack of Hearts (which we called one of the most important queer novels of the decade) comes another YA story that blends romance, comedy and Rosen’s signature wit.

Camp follows 16-year-old Randy Kapplehoff as he falls for another boy called Hudson while staying at Camp Outland, a camp for queer teens where Randy met all his best friends and takes to the stage in the big musical. The only problem is, Hudson is only into ‘straight-acting’ guys and barely knows that Randy exists.

This year, though, he decides things are going to be different. He gives up show tunes, unicorn bedsheets and nail polish and rebrands himself as the buff and masculine ‘Del’ to win over Hudson. The plan works, and the two teens grow close, but Randy is left questioning how much he’s wiling to change for love – and if it’s really love if he’s not being true to himself.

In a GAY TIMES exclusive, see the cover of Camp and a quote from author L.C. Rosen below.

“The idea that started this was wanting to write a Doris Day/Rock Hudson style romance,” Rosen tells GAY TIMES, “but as I wrote that, I realised that what I really wanted to talk about was the idea of the ‘special gay’ – that’s the gay guy who has been told by family and friends that they’re okay with his sexuality, because he’s ‘not like other gays’.

“He conforms to gender stereotypes. He’s butch. People think he’s straight, and tell him so, as a compliment, and he feels special when he hears it.  And I was thinking about how so many of us are told that, and internalise it, and try to become masc, and then only go after masc guys, because they’re the only other ‘special gays’ out there.

“But I also wanted to explore how because of that, a lot of us end up playing at masculinity – for survival – instead of embracing the power of queerness, the power to step outside patriarchal gender expectations and be who we want to be. CAMP is about what happens when that power is taken away from us for survival? What does it mean to be masc vs just pretending to be masc? And is there really a difference?”