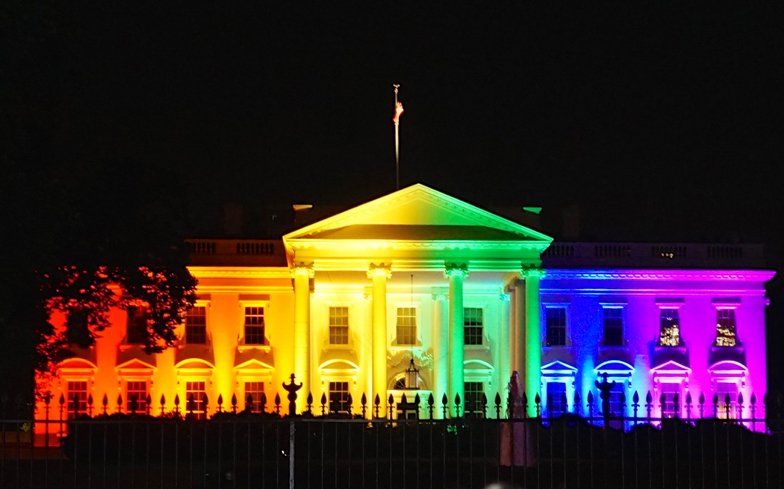 Julian Castro is seeking to be the Democrat candidate in next year’s presidential election.

In an interview with Out magazine, Democratic nominee candidate Julian Castro has praised his mother for teaching him to be an ally for the LGBTQ community.

During his career, Castro has fought against a law in Texas that denied legal recongition to same-sex married couples, and became the first Mayor of San Antonio to serve as a grand marshal in the Pride parade. During a presidential debate, Castro accidentally referred to trans men as trans women, but rectified the mistake on Twitter after it was pointed out to him.

Speaking about why he’s an LGBTQ ally, he praised his mother, who was involved in civil rights activism. “I grew up with this sense that we should strive toward equality for everybody, no matter who they are,” he said of the values that were instilled into him.

“That is what we should do in public service. I feel that in my heart, and I want to bring about that kind of America.”

Castro also emphasised how important it was for the candidates seeking the Democrat nomination to speak about LGBTQ issues, saying: “It’s important because we want to build a country where everyone counts.

“I can’t think of a president in the last I-don’t-know-how-many generations who has been more exclusive and more narrow-minded than Donald Trump, who has tried to turn back the hands of time on equality.

“That means for those of us who are running and who want to be president in the next term, we have to go out of our way to paint a picture of an America where everyone counts and to stand up for that.”

When asked about what he would do against the amount of violence against trans women of colour, which earlier this week was labelled as an “epidemic”, he said: “Number one, it starts with leadership and highlighting the fact that trans women and members of the trans community are more likely to be targeted and preyed upon.

“We’ve already seen this year, I believe, 18 deaths. So that’s the first thing: As a leader, I believe you have a responsibility to focus on what’s happening.

“Then secondly, I said the other day at the LGBTQ+ forum that I would work with state and local communities to prioritize investigations related to the death of transgender individuals and instruct the Department of Justice to establish a task force to do so.”

And Castro did not hold back on his views about Trump’s Secretary of State for Housing, who had previously referred to trans women as “big, hairy men.”

“It’s disturbing because Secretary Carson’s comments make clear that he has a shameful perception or belief about the transgender community,” Castro said. “If you want to be in that position that he’s in, you should serve everybody. His comments made clear that he’s not serving everybody.”

When asked if Carson should be fired for his comments over trans people, Castro said: “I believe he should. I believe he shouldn’t be there because he can’t represent or work on behalf of everybody with that kind of attitude, but this isn’t the first time that I’ve thought that he should not be in that position.”

The other times Castro felt that Carson should’ve been fired was for spending $31,000 on a dining set, and his general attitude toward poorer people.

Related: Elizabeth Warren lists the 18 trans women of colour killed in US this year in powerful speech

The post Julian Castro praises his mother for teaching him to be an LGBTQ ally appeared first on Gay Times.