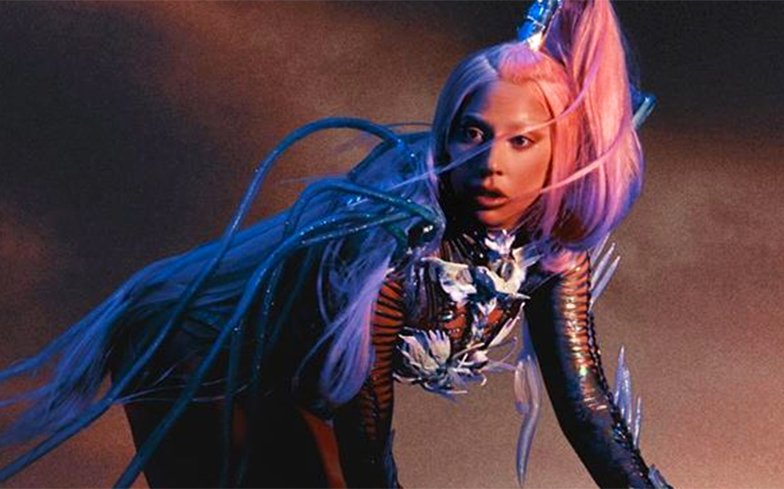 Gay anthems are a staple of pop music, with almost every female pop star’s discography containing at least one song that’s been adopted by queers.

The criteria is so broad that a song doesn’t even have to have any direct relation to the LGBTQ+ community to be considered. Still, there are clear standouts that have stood the test of time, from Sylvester’s disco classic You Make Me Feel (Mighty Real), through to Madonna’s ballroom culture-appropriating Vogue and, more recently, Britney Spears’ motivational banger Work Bitch, which she claims was inspired by her gay fans.

So, what do all these songs have in common? Typically, there’s an empowering message, a dance floor-ready beat (even ballads like Christina Aguilera’s Beautiful get thumping club remixes), and a pop star that’s been through hardship or discrimination who can wrap it up into a glittery, feel-good package. Which brings us to Rain On Me.

The long-rumoured collaboration between Lady Gaga and Ariana Grande, arguably two of the biggest gay icons of the 21st century, has finally arrived and it’s everything fans wanted it to be; a relentless club track with catchy hooks that shows off both pop star’s vocal talent. Unlike many of the recent big-name collaborations, Rain On Me manages to live up to the ridiculously high expectations.

Aside from being a great pop track, which is enough of an achievement in itself, Rain On Me is also shaping up as a very real contender for this generation’s defining queer anthem. We already know how important Ariana is as an idol for her young queer fans – her headline slot at Manchester Pride Festival last year was proof of that – while Gaga has been fighting hard for LGBTQ+ equality throughout her entire career, long before others were ready to be so outspoken.

The song’s message of dancing through the rain and coming out stronger on the other side (“I’d rather by dry, but at least I’m alive,” they declare with gusto on the blazing chorus) is one that many queer people will relate to, while its euphoric production is custom-made for the dancefloor of any house party or queer nightlife venue, where the community have long gathered to dance away their troubles.

Rain On Me takes on an even deeper significance when you consider the trauma that both artists have experienced both in the public eye and behind closed doors. Ariana has spoken openly about the PTSD she’s suffered with since the 2018 suicide bomb attack at her Manchester Arena concert, and the bereavement she went through after the death of her ex-partner Mac Miller, both of which she addressed on her recent albums Sweetener and Thank U, Next.

Gaga, meanwhile, has documented her struggles with fibromyalgia, which has led to chronic pain and cancelled tours, and in a recent interview with Zane Lowe spoke about her experience of being sexually assaulted by a record producer, and how it’s influenced part of her new album Chromatica. “I no longer am going to define myself as a survivor, or a victim of sexual assault,” she explained. “I am just a person that is free, who went through some fucked up shit.” Both artists’ refusal to give themselves over to the darkness, instead coming together to create something magical, is a sentiment that has long been part of the queer experience, for people who have historically had to fight through shared trauma to flourish.

Both artists have said, explicitly or implicitly, that they belong to the community they’ve spent so much time fighting for. Gaga is openly bisexual (despite what those who continue to erase her sexuality might insist – her second single Poker Face was about being with a man but fantasising about a woman, after all) and Ariana’s 2019 single Monopoly saw her utter the line, “I like women and men”, before she later said she doesn’t feel the need to label her sexuality. Of course, an artist doesn’t have to be queer to deliver a fantastic gay anthem – and historically they often haven’t been – but it certainly helps the whole experience feel more authentic.

Now more than ever, as the world struggled through a global pandemic, queer people need a sense of community and solidarity. That’s something Gaga has excelled at throughout her career, from her wildly successful Monster Ball Tour – where outsiders became the cool kids for one night as she declared it “a place where all the freaks are outside and I lock the fucking doors” – through to the inclusive era of Born This Way. With new album Chromatica, Gaga is creating another fantasy world for her fans to get lost in, and this Ariana collaboration feels like a doorway into that place.

As an escapist pop song, Rain On me is incredible, but as a gay anthem it has the potential to live on forever – and for that it ticks all the boxes. When the world finally goes back to normal, and LGBTQ+ people around the world can once again unite in queer spaces, chances are this song will be their soundtrack.

The post Is Lady Gaga and Ariana Grande’s Rain On Me this generation’s defining gay anthem? appeared first on Gay Times.