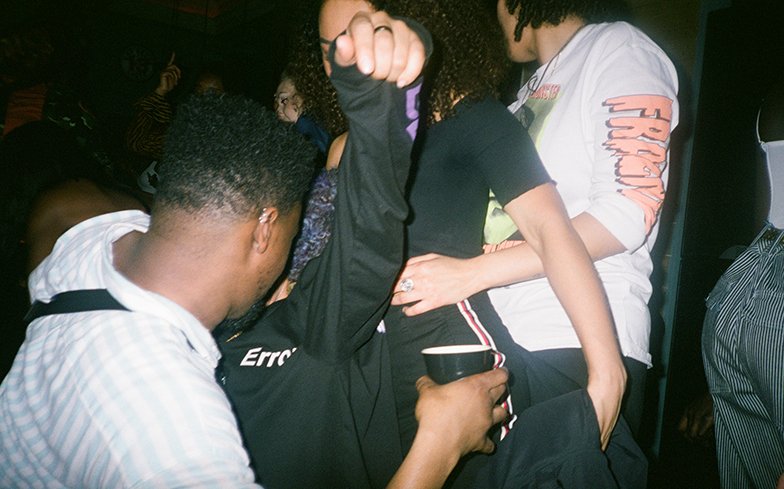 For many LGBTQ+ people, nightlife is an essential part of finding and accepting yourself.

In a world that often polices who we can love and what our bodies should look like, queer venues and club nights offer a space where we can go to be ourselves and find others like us. But the coronavirus pandemic that’s sweeping the globe has forced all non-essential businesses, including bars and clubs, to close down, taking away the places that many rely on to find joy, love and friendship. Though nightlife may be seen as non-essential for straight people, it’s often a lifeline for those in the LGBTQ+ community.

“Queer spaces are, for a lot of people, social environments to build friendships and connections,” says Akeil Onwukwe-Adamson. He founded Queer Bruk to give queer people of colour a safe space to meet and party in an accepting and inclusive environment. “It’s a difficult time for many people, especially queer platforms that aim to speak to more grassroots communities. We have to ensure the protection of these spaces and make sure they’re looked after so that queer people have a place to go to in order to connect.”

With no foreseeable end to the pandemic, many have been left wondering what the future holds for queer nightlife. After all, LGBTQ+ bars and clubs have already been closing at an alarming rate over the past couple of decades – between 2006 and 2017, the number of LGBTQ+ venues in London, a city that’s historically drawn queer people from around the world in with the promise of tolerance and diversity, dropped from 121 to just 51.

“This is an incredibly challenging time for LGBTQ+ venues across the capital with all having to close their doors to play their part in the fight against the coronavirus,” explains Amy Lamé, who’s served as Night Czar to London since 2016. She cites Mayor Sadiq Khan’s Pay It Forward scheme and an expansion of their Culture at Risk office as ways the city’s hoping to safeguard venues for the future. Amy says she’s regularly meeting with the city’s LGBTQ+ Venues Forum to discuss their needs, too.

“These much-loved venues are at the heart of life for many Londoners and play a crucial role in offering support to the community, so it’s important that everyone finds innovative ways to help each other at this time. The number of venues in the capital has stabilised after a decade of decline, but these businesses will need support now and in the future. The Mayor and I will continue to lobby the Government to make sure venues have the backing they need to get back up and running, doing what they do best, when the time comes to open their doors again.”

Queer nightlife isn’t just a source of fun. It’s also a place of work for many in the community, including drag queens and kings who rely on regular gigs as a source of income – something that’s been taken away with social-distancing restrictions in place. In an attempt to combat this impact on a local level, East London’s Dalston Superstore has started a hardship fund to help their freelance community of DJs, promoters, hosts, designers, dancers, drag artists, security and others who’ve been financially impacted during the current situation.

Someone who’s felt the impact of Dalston Superstore’s temporary closure is queer author Tom Rasmussen, who performs in drag as Crystal Rasmussen. They describe the venue as the “queer hub” of East London, and highlight how important it’s been in providing a second home for many in the community. An upcoming live-stream performance they’ve set up will see 50% of the proceeds go towards the venue’s hardship fund.

“There are so many causes that are important to donate to now, but I guess I’ve had so many amazing nights in Superstore, all because of the amazing people who allow it all to flourish, it seemed like it was only the right thing to that if I can use my skill to raise some dosh, that half of it would go there,” Tom tells us. “So many of my queer siblings, myself included, have lost a lot of work over the coming months – and so trying in any way possible to ensure the economic safety of performers, vulnerable queer people, and those who give so much back to so many of us is really important.”

Their advice for other queer performers struggling both financially and mentally right now? “Keep practicing what you do,” urges Tom. “The queer community have lived through more apocalypses than this, and I think once this is over, how we lived in these times will become important information for the queer community in the future. If you can, lean on the government in as many ways possible. Also set up [virtual] tip jars and ways to donate and don’t be afraid to ask for money for your online work. You’re worth it!”

While clubs and bars remain closed, many DJs and performers have turned to live streams on social platforms like Instagram or Zoom as a temporary way to keep queer nightlife alive and share their talent with the world, whether that’s to make a living or simply to provide some entertainment during a difficult time. Olly Waldron is a DJ for club night Girls Night Out, which attracts a largely queer crowd. When their events across the UK for the rest of the year were cancelled, Olly turned to live-streaming his DJ sets as a way to bring the night’s regulars together. He says the importance of queer spaces has become “even more prevalent” during lockdown, where many are separated from their chosen families or forced to live with people who don’t fully accept them.

“Most queer kids, myself included, came of age lacking the safety net of like-minded people. We’re a community who love to party and dance away any demons, but also thrive off unity, acceptance and a cracking pop song,” he explains. “Albeit from my living room and in a virtual space, it’s clearer than ever that I’ll always be welcomed with open arms and appreciation for a huge banger. Whilst the physicality of bumping into your mate, holding their hand and giving them a bear hug is hard to replicate – everyone having a knees-up behind their phone or webcam is the next best thing.”

Another club night doing their best to keep the community engaged and connected during the current situation is queer Bollywood night Hungama. Like many, they’ve been utilising the ‘live’ feature of their Instagram account to bring their followers together, with appearances from a number of queer South Asian creatives and allies including Bollywood costume designer Manish Malhotra, drag queen Val Qaeda and musician Leo Kalyan. They’re also hosting a Bollywood pub quiz inspired by Cards Against Humanity and Indian cinema.

“As queer people we have always had to survive while the odds have been against us,” says Hungama creator Ryan Lanji. Despite being physically apart from our queer siblings, he believes the pandemic has the potential to bring us closer in other ways. “I thinks it’s important we build bonds and community, and show our support by attending all the online events and shenanigans we can. A follow and a supportive comment on someone’s feed can help them see through another day of quarantine, and a successful event is one shared by supporters, with donations received, and an engaged audience no matter how big or small. It’s time to stand together creatively as a prismatic community full of endless ideas despite this global set back.”

So where do we go from here? It seems the advice is unanimous; stay home, stay safe, donate to hardship funds or tip performers where you can, and when we eventually make it out on the other side of this pandemic, make sure you go out and support your queer nightlife venues. They’ll need it more than ever.

The post How can queer nightlife survive the coronavirus pandemic? appeared first on Gay Times.