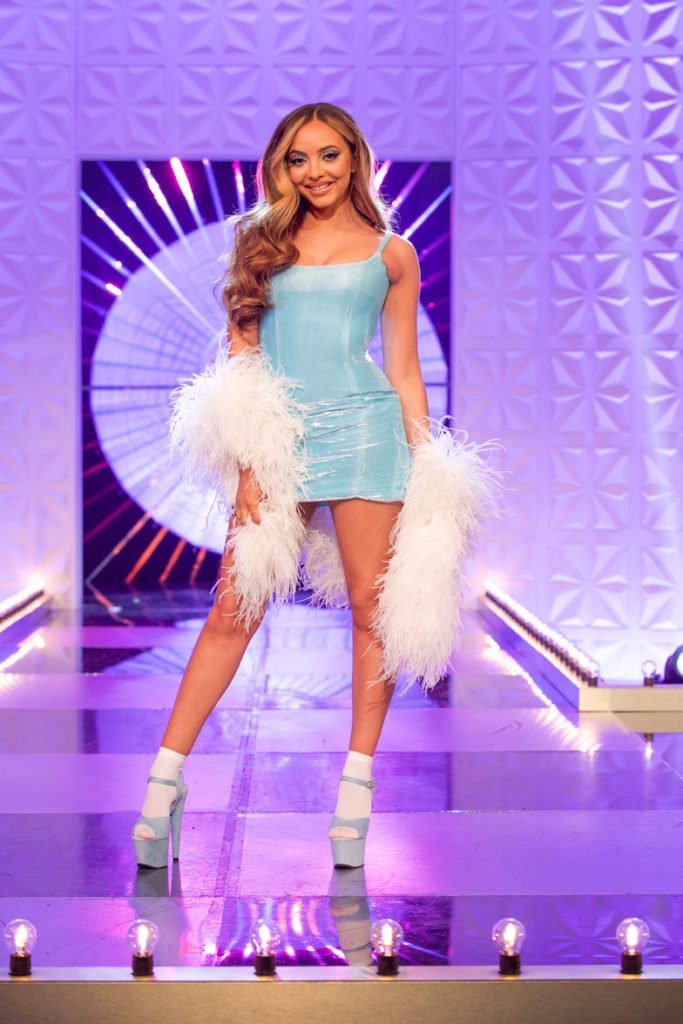 It was recently announced that Jade Thirlwall will be the special guest judge on the fifth episode of the gag-worthy first season of Drag Race UK, which is set to air Thursday 31st October on BBC Three (here’s where you can watch in America).

While we impatiently wait for that, the BBC have given us our first look at the judging panel for the fifth episode, which sees the Little Mix star and bonafide Drag Race superfan as she sashays and shantays down the runway.

See the first-look photos of Jade as she sits side-by-side with Graham Norton, Michelle Visage and Ru below.

On this week’s episode of Drag Race UK, the queens will be split into two teams for a girl-group battle. They will be aided by Grammy-nominated singer-songwriter and producer MNEK.

The remaining queens competing for the title of the UK’s First Drag Superstar are as follows: Baga Chipz, Blu Hydrangea, Cheryl Hole, Crystal, Divina De Campo and The Vivienne.