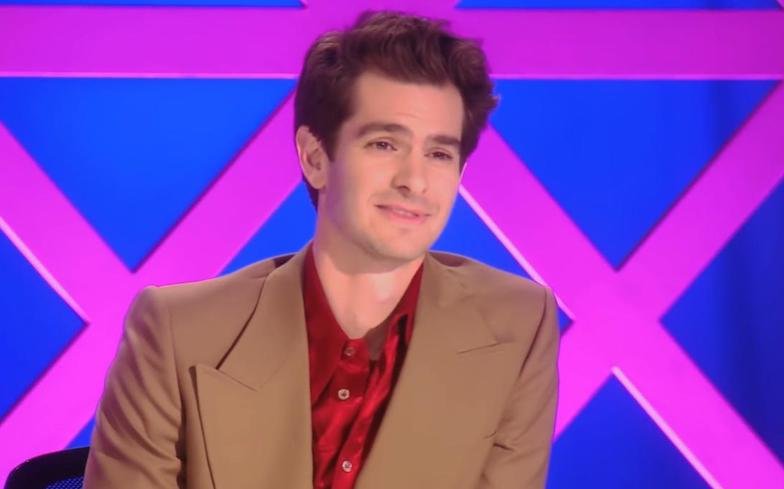 Are you ready for the most “star-studded competition in HERstory?”

Earlier this month, VH1 unveiled the first sickening trailer for RuPaul’s Secret Celebrity Drag Race and revealed when it will sashay onto our screens. With Drag Race season 12 currently airing, it’s safe to say fans are being FED.

The four-part event will debut 24 April after the main show, and will follow 12 celebrity contestants as they vie for the title of America’s Next Celebrity Drag Superstar, as well as a cash prize, which will be donated to the charity of their choice.

“RuPaul’s Secret Celebrity Drag Race is a blast,” Mama Ru said in a statement. “We put these celebrities through it! Because no matter how famous your charisma, uniqueness, nerve and talent is, you still put your pantyhose on one leg at a time.”

With the celebrity guests under wraps, fans have been speculating as to which stars will sashay and shantay down that legendary catwalk. Here, we round up the celebs that fans – and we – think will made their debut on the other side of the panel.

One of the bigger names on this list, Andrew Garfield is an Oscar and Tony-nominated actor, best known for his portrayal of Peter Parker slash Spider-Man from 2012-2014. Over the past few years, the Brit has made his love for RuPaul’s Drag Race known after paying tribute to Vanessa Vanjie Mateo’s iconic exit line from season 10 and guest starring on the first ever episode of RuPaul’s Drag Race UK. He previously donned drag for Arcade Fire’s music video to We Fire – could he be doing so again? We think we speak for everyone when we say we’d love to see it.

Shortly after the trailer’s release, fans were quick to investigate the blink-and-you’ll-miss shots of the celebrities on the main stage. One name that kept making an appearance was Emmy-winning Pose star Billy Porter, who isn’t exactly a stranger to a beat mug, fierce ensembles and a powerful runway walk. “As much as I love him, he’s basically already a drag queen in his own unique way,” said one fan. “He doesn’t need a RuPaul queen to drag him up.” Another wrote: “He already does drag. Won a Tony for it even.” We can’t help but agree that Porter would have an advantage, but imagine seeing him strut down the Drag Race runway? We’d die.

Olympic athlete and American Horror Story star Gus Kenworthy made his Drag Race debut last year on the fourth season of All Stars, where he appeared as the bachelor on the Snatch Game of Love alongside Keiynan Lonsdale. Like Andrew Garfield, Gus hasn’t been shy when it comes to his love for the franchise. “As soon as I came out, one of the first things I was gunning for was trying to get on Drag Race,” he told BBC Radio 5 last year. Do you really think he’d turn down an opportunity to get all up in drags? Seeing as how he dressed up as his 1984 co-stars for no reason whatsoever, we think the answer to that is: absolutely not.

Last year, four words uttered by Harry Styles led to the piercing sound of One Directioners – and Drag Race fans – across the world. Not long after Secret Celebrity Drag Race was announced by VH1, the Adore You singer was questioned by Fleur East if he’d like to be involved, and his answer? “Potentially, yeah. Why not?” When asked what his drag name would be, he said he’d thought about it, but explained: “I don’t know if I’ve ever landed on the one, but I’ll have a think and get back to you. There’s too many options.” Trixie Mattel previously said there would be “A-List” stars on the series, and as a vocal LGBTQ ally and fashion icon, Harry fits the bill perfectly. One fan tweeted: “Harry Styles, I’m expecting to see you there and no less.” WE SECOND THAT.

Hayley Kiyoko is yet to make an appearance on Drag Race, which is a shame considering Curious and Demons would make for great lip sync songs, but is that about to change? Fans seem to think the American singer and actress – and Lesbian Jesus, of course – will strut down the runway on Secret Celebrity Drag Race. “That’s Hayley Kiyoko’s side profile I’m sure,” one Reddit superfan wrote after the release of the trailer, while another said if she is on the series, they “might have to stan”. Honestly, we couldn’t for the life of us tell who the celebrities were in that trailer, but we wouldn’t dare question Reddit. Most of them could work for the drag department of the FBI, so we believe it.

She has to, surely? Out of all the entries on this list, Leslie Jones might just be the biggest Drag Race superfan of them all. In 2019, she went viral on social media for live tweeting her reaction to every single episode of the series, which led to her judging panel debut earlier this year. Leslie has since been hailed as one of the best guest judges in HERstory, and fans are already anticipating her next appearance. Could it be sooner than we think? Drag Race season 12 star Brita even said she would like to makeover the comedian due to their “tension” on Twitter. “She has this idea of me. I wanna make over Leslie Jones so she can see the real Brita,” she revealed. That would make for some great television, don’t cha think?

Margaret Cho first appeared on RuPaul’s Drag Race in its third season, where she witnessed Carmen Carrera and Raja’s sultry and highly erotic lip sync to Paula Abdul’s Straight Up. Although she’s failed to make a comeback since, fans are convinced they spotted her in the Secret Celebrity Drag Race trailer. “Slow it down, I think I saw Margaret Cho,” said one fan in the YouTube comments, to which another responded: “I see that for her! Makes total sense she’d do the show.” Seeing as how Margaret was, in her words, “raised by drag queens,” it’s not completely out of the question. If she is on, we pray to the gay gods that she makes it for the roast. Margaret mothertucking Cho definitely knows how to throw shade.

Nico Tortorella has already left fans slain fans with a drag makeover. In 2018, All Stars 4 winner Trinity the Tuck sat down with the Younger star and transformed them into their sickening drag daughter – glitter beard and all. The actor, who identifies as gender fluid, also served gender fuckery at the 2018 GLAAD Awards with their wife, Bethany C. Meyers, and looked fierce as hell. Now, it looks like Nico is ready to take their drag to the next level. “Those tats, those chains, with that haircut, as well as his general personality and likelihood of showing up on this show… It’s obviously Nico Tortorella, right?” opined one of those aforementioned drag detectives. If we had to place our bets on any one of these celebs, it’d be Nico.

Related: Here’s your guide to all things RuPaul’s Drag Race in 2020.

Related: Who should’ve won this week’s Drag Race? Fans have their say.

The post Here’s who fans think will be on RuPaul’s Secret Celebrity Drag Race appeared first on Gay Times.