Manchester Pride 2019 is fast approaching, and there’s plenty to look forward to.

The major four-day event, which will take place across the city of Manchester, will this year bring the iconic parade, massive live performances from the likes of Ariana Grande and Cheryl, and family-focused activities for Pride-goers to enjoy.

Below, we’ve rounded up everything you need to know if you’re planning on attending the celebrations.

When and where does the parade start?

The Manchester Pride Parade is the centrepiece of the LGBTQ celebrations each year, with thousands of people marching through the streets of Manchester and tens of thousands watching along the way.

This year, the theme is Deep Space Pride: A Future World Of Equality, which asks Pride-goers to reflect on advancements made for LGBTQ equality over the last 50 years, then look towards the future and where the movement will head next.

The parade kicks off at mid-day on Saturday 24 August, beginning on Deansgate before heading through Peter Street, Oxford Street, Portland Street, Princess Street, Whitworth Street and ending on Fairfield Street.

Unless you’ve been living under a rock, you’ve probably heard by now that pop superstar Ariana Grande will be the main attraction headlining Manchester Pride Live. But there are plenty of other exciting names to look forward to. 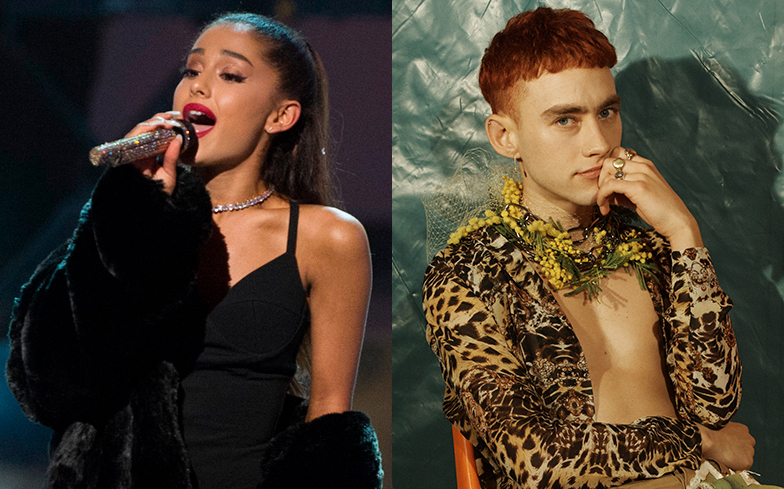 Set times will be released on the day of performance – keep an eye on Manchester Pride’s social media pages.

All bags must be 100% transparent – holographic or colour-tinted bags will not be allowed – and made of clear plastic, vinyl or PVC. Bags must not exceed 12 inch height x 6 inch depth x 12 inch width. Only one bag per person will be permitted.

With more people than ever expected to attend this year’s festivities, it will help everything run smoothly if everyone sticks to these rules. In preparation for Manchester Pride, we’ve rounded up some of our favourite see-through bags to suit every style.

What can I expect from the Gay Village Party?

For those who don’t wish to see the performances at Manchester Pride Live, or who want to engage in more community-based festivities, there’s the Manchester Gay Village Party, which will take place in the heart of Manchester’s Gay Village from Friday 23 to Monday 26 August.

There’ll be live performances from the Thomas Cook Airlines Stage, with Liberty X opening the event alongside Saara Aalto and host Stephen Bailey. Proms In The Park will take over on Saturday daytime, followed by a Danny Beard And Friends extravaganza on the evening.

The Queer Music Stage, programmed by Manchester’s year-round calendar of cultural events Superbia, will run on Sunday from 2pm to 11pm, before Trans Pride takes over the Sackville Gardens Stage on Monday.

Sackville Square Fair comes to the car park on Sackville Street, and will offer a host of food and drink traders, the popular makers market, and DJs and live music all weekend. Even better, the much-missed fairground rides will make their return.

Once again, The EXPO will continue in the space on Bloom Street where it has been for many years, giving exhibitors the chance to showcase their organisation while spending face-to-face time with visitors and promote their goods or services.

The hugely popular Silent Disco will return on Saturday and Sunday, while Pride-goers are welcomed to a Singalong Cinema on Monday. In the evenings, the space will be transformed into The Fetish Emporium, a night market with stalls, demonstrations and performances.

When is the Candlelit Vigil taking place?

The Candlelit Vigil is a free event that offers Pride-goers the chance to share a moment of reflection at the end of four big days of celebration, remembering those lost to HIV/AIDS and the LGBTQ people still facing persecution and discrimination around the world.

It will take place Monday 26 August at 9pm in Sackville Gardens next to Canal Street, which is the home of the Alan Turing Memorial, The National Transgender Memorial and the Beacon Of Hope. Attendees will light a candle in remembrance.

This year, there will also be a special on-screen memorial for people to remember the lives lost since last year’s Candlelit Vigil. If there’s someone you’d like to see mentioned on screen, email engage@manchesterpride.com

What’s on offer for families and young people?

If you’re attending Manchester Pride with younger guests, there are special events suitable for you.

There will be a Family Zone from 12pm-5pm on Saturday 23 August at the Gay Village Party, located in Sackville Gardens, which has been created to ensure that families can also take part in the celebrations.

A programme of activities will include craft sessions, face painting, a picnic area, giant games, a Queen vs Bowie Disco, The Junk Orchestra, Drag Story Time, and a live Parade screening.

For teenagers there’s Youth Pride MCR, a brand new addition to Manchester Pride which is a 14+ event taking place at the YES venue on Charles Street, featuring activities curated specifically for the youth of the LGBTQ community. 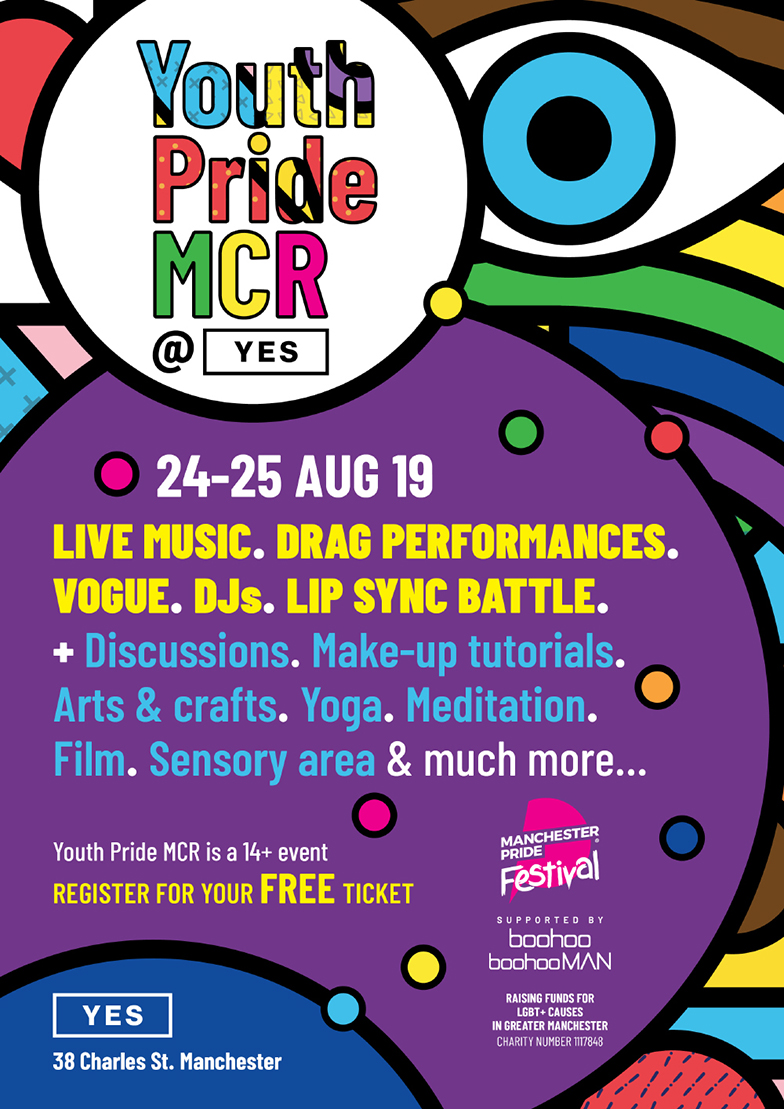 Attendees will be able to join the special Youth Pride MCR parade entry as they march along the Manchester Pride Parade route, before heading to YES for a safe space with a variety of exciting performances and activities.

YES is fully accessible and has multiple different themed rooms, as well as a roof terrace and bar for parents or guardians. You can find more information here, although the event has now unfortunately reached capacity.

How do I get there?

There are several ways to get to Manchester Pride this year.

If you’re travelling in by train, you’ll want to arrive at Manchester Piccadilly or Oxford Road, as these are the closest stations to the event.

Can I take my own food and drinks in?

Food will not be allowed into Manchester Pride Live unless for medical reasons, and neither will any alcohol. Attendees will be asked to dispose of or consume any food/alcohol before entering the venue.

For more information and to purchase tickets for Manchester Pride 2019 visit manchesterpride.com

The post Here’s everything you need to know ahead of Manchester Pride 2019 appeared first on Gay Times.