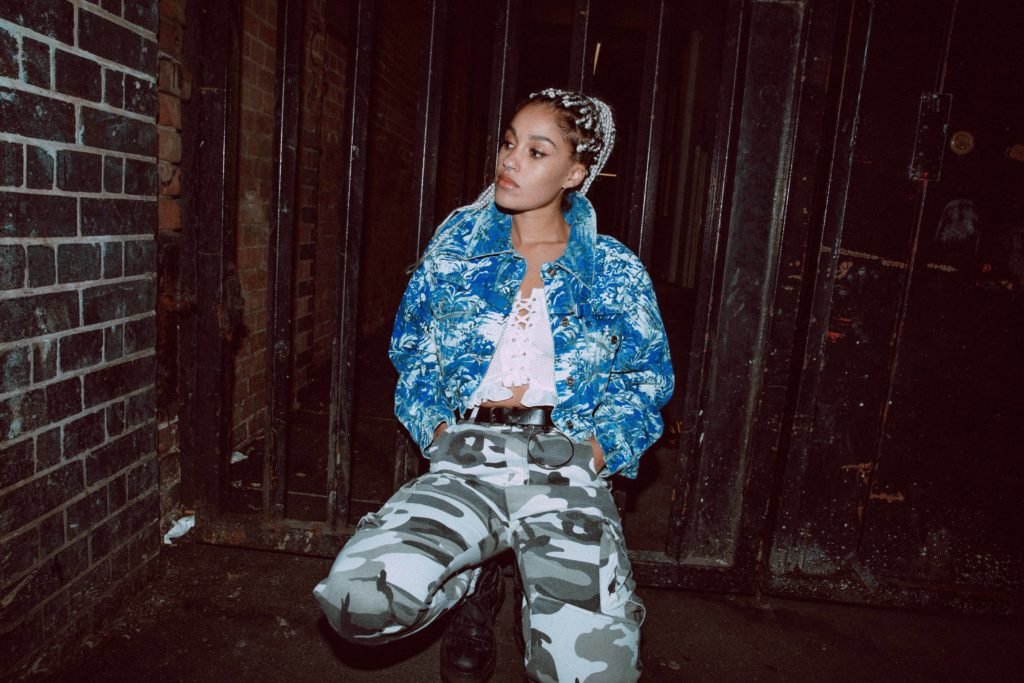 Wondering what to keep a lookout for this year? We’ve got you covered, sis.⁣

There’s been a wave of queer artists like Troye Sivan, Janelle Monae and Hayley Kiyoko giving us our fix of excellent pop music over recent years, and 2020 looks just as exciting with a host of emerging talent to keep an eye on.

From the made-for-radio bops of Gia Woods, to the soul-meets-jazz-meets-funk of Arlo Parks, and the experimental beats of Mood Killer – here are the sounds that should be pumping through your headphones this year.

London-based rising singer-songwriter Abisha knows what it feels like to be an outsider. Growing up in Devon, she tells us she “used to cry to my mum and beg her to straighten my hair, because I wanted to look like everybody else”. Now, she wants to be an inspiration for other people who experience confusion and isolation for their race or sexuality. With a string of autobiographical songs including pop anthem Nothing Matters and alt-R&B jam All That (as well as a stunning cover of Sade’s Smooth Operator) already gaining traction on streaming services, Abisha is one to watch.

After releasing her brilliant debut single Cola at the end of 2018, and being given a boost by pop superstar Lily Allen who made it one of her top five tracks on Apple Music, Arlo Parks went on to play sets at Glastonbury and Latitude Festival. Now with two critically-adored EPs to her name, the Londoner’s refreshing brand of confessional soul-meets-jazz-meets-funk is speaking to Gen Z like no one else can. “I’m still denying that I’m anxious as fuck, and I’m lacking in trust, and I think my art sucks,” she admits on Sophie, while coming-of-age anthem Super Sad Generation sees her address mental health, body issues and drug use among young people. “Start doing ketamine on weekends, getting wasted at the station, and trying to keep our friends from death,” she sings. There’s heartbreak too, of course. “You’re there thinking about a girl who ain’t thinking about you,” she whispers over gloriously low-fi beats in Angel’s Song. “Baby you’re wishing you could die with the moon, but I would miss you.” Arlo could easily ascend to become the voice of her generation, and 2020 might be the year she fulfils that potential.

If A-grade pop bops with a dark edge are your thing, then Blithe is an artist to add to your playlists this year. In her recent video for breakup anthem Becoming You, she showed off her extraordinary dance skills as she performed a stripped-back interpretive routine, proving she’s got the talent to take her far. Other tracks like Don’t Blink, Masochistic and Bad echo the pop sensibilities of chart-topping stars like Katy Perry, who she cites as an inspiration, which can only be a good thing.

With the goal of becoming a role model for LGBTQ youth of colour, and breaking down barriers for queer artists in the hip-hop industry, Damez is entering 2020 with a purpose. After his brother tragically died from gun violence, he found a calling in songwriting and has been dropping fierce tracks ever since. His last single Pull Up was an incredible anthem that’ll make you feel like a boss on your worst days. “Tell ‘em come through when he wanna get his shit up, fuck ‘em then I make him and his main bitch split up,” he spits on the track. Confidence? It’s here in spades.

Continuing the recent trend of queer women making incredible pop music is Gia Woods. The 22-year-old released a few tracks here-and-there over the past few years, but 2019 is the year she fully committed to her musical career, having already released a string of made-for-radio bops that fit right at home alongside the biggest chart hits. New Girlfriend was a cheeky twist on a same-sex breakup anthem, bittersweet One Big Party sounded like the kind of song you’d belt out at karaoke (or with a hairbrush in your bedroom mirror), while Keep On Coming showed off Gia’s sultry side – if you think the title is brash, wait till you hear the lyrics. 2020 is looking even brighter, as January sees the arrival of new single Hungry, a grungy empowerment anthem about taking control and living for your own approval. Whether it’s her lyrics (”I like your new girlfriend more than you,” she purs on breakout track New Girlfriend) or her music videos (recent release Feel It sees her passionately make out with another woman) she’s the visible lesbian representation we need. Gia has the whole package; the visuals, the tunes, the voice. This is her year.

Best track: Play Me Something Nice

With just one EP to his name, Glaswegian singer-songwriter Joesef is already selling out headline shows and gaining comparisons to British sensation Amy Winehouse. It’s easy to see why; his sad boy alt-pop – driven by plenty of soul, expansive production and plucky guitars – is both dreamy and heartbreaking, and his distinctive vocals immediately captures your attention. Songs like Kerosene, which tells the story of his first time with another man, and Play Me Something Nice, which sees Joesef beg a lover to come over one last time after a breakup, are gloriously honest and straight from the heart. We predict big things are on the way for Joesef.

Much like creative forces and longtime collaborators Dorian Electra and Weston Allen, genderless artist Mood Killer is challenging our expectations of pop music with an unhealthy dose of camp and social commentary. Their debut EP Liquify delivered infectious hooks wrapped up in experimental production and vocal distortion; standout Cam Boy is a sex-positive anthem about making coin through the computer screen, while Go Hard is a thumping party anthem that does exactly what the title promises. We have no idea what’s coming next, but we can’t look away.

Although SXMSON has been writing music for over 10 years, the rising star has only recently launched his bid for superstardom. Born and raised in North-West London, he was influenced by the 90s R&B he grew up listening to, as well as influential artists like Prince and Stevie Wonder. 2019 saw the release of several golden pop tracks including electronic ballad Smile, and dark synthpop bop Memory, all of which come from an authentic and unapologetically queer place. He’s promised us an EP, a dance feature and a “more fully-formed SXMSON” on the way in 2020, so get excited.

The post Here are the queer artists you should be listening to in 2020 appeared first on Gay Times.