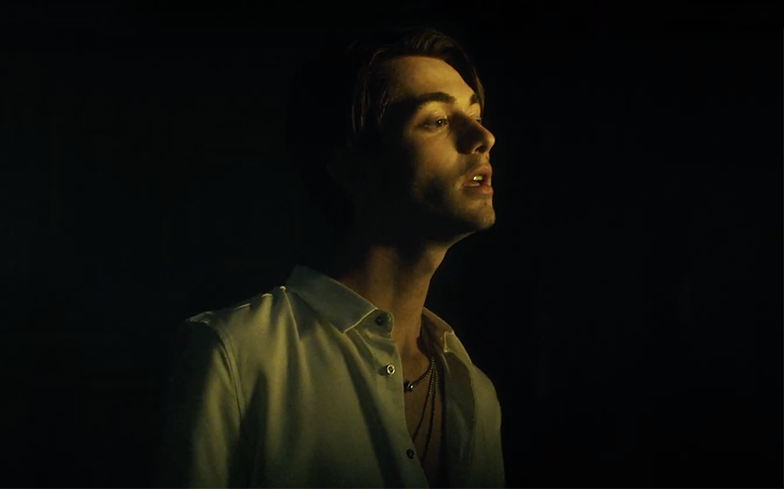 Greyson Chance has released the music video for Dancing Next To Me.

The emotionally-charged pop banger is the lead single from the singer-songwriter’s upcoming second studio album (technically his third, but he doesn’t count his debut), and – according to Greyson – is all about “betrayal”.

“I had shared a night with someone in which we learned each other in many different ways; we were vulnerable, we were intimate, and we were together in the span of that entire night,” he said of the song’s inspiration.

“I thought we both understood our shared connection, but when the sun rose, he was too conflicted to continue to see me. It really hurt me and I expressed that into the song. The video is a portrayal of this story.”

Set in a nightclub with strobe lights, the visual focuses on the sexual tension and underlying emotion between Greyson and a love interest. After being intimate with each other on the dancefloor and club corridor, Greyson ends the night alone.

Dancing Next To Me arrives shortly after the release of Greyson’s country-rock anthem Boots and his portraits world tour. Later this year, he will embark on another tour and release his highly-anticipated new album.

When we recently spoke to the star, he said the album is sonically “definitely in the same world” as portraits, but thanks to executive producer Teddy Geiger, we can expect more electric guitar and for it to be “a bit more musical”.

“She’s such an incredible player so she’s added a lot,” he told us. “My goal with this album is the exact same as the last one. I wanna make something that I’m proud of and I think I’m doing it.”

Watch the video for Dancing Next To Me below.

The post Greyson Chance releases euphoric video for Dancing Next To Me appeared first on Gay Times.